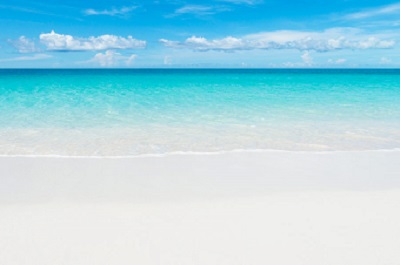 Providenciales, TCI, September 12, 2016 – Commenting on a new documentary series about to be screened by the BBC, the Governor, Peter Beckingham, said:

“There are many reasons why our Turks and Caicos Islands attract so many visitors each year, but one must be at the top of everyone’s list: the magic of an environment surrounded by crystal clear turquoise seas. The color is so distinctive, even from the height of a jet crossing from Miami to South America, that I have heard of passengers asking to know which group of islands  they were flying over. We should treasure that beauty.

“Thanks to the endurance and hard graft of a British naturalist our “beautiful by nature” islands have been recorded for thousands to see on film or in a book. Stewart McPherson decided, with enormous ambition, to create a series of films for TV on all the Overseas Territories, entitled “Britain’s Treasure Islands”. The series was shown earlier this year on BBC’s Channel Four, and a book of the series has just been published. Extraordinarily, he must be one of the few people who can claim he has visited, in a journey of over 70,000 miles, all 14  Overseas Territories, from Anguilla to Pitcairn Islands, and the British Indian Ocean Territory to the Falkland Islands.

“I’m delighted to say that Turks and Caicos Islands has its own section, and Stewart has highlighted in some beautiful photography and film many of our natural highlights. Of course the wildlife is featured prominently, with some great film (some of it by David Stone, former Vice President of our  Reef Fund) of migratory humpbacks, the endangered loggerhead turtles, sting and eagle rays and sea turtles. Our wonderful birdlife is also shown:  where, as the film asks, can you be in a capital city with its own resident flamingos?

“The film doesn’t spare some of the more disturbing aspects of TCI’s earlier history, depicting the “vile industry” of cotton picking and salt production before slavery was abolished. Thankfully the filming does gloss over the recurring environmental problems we face by litter.

“Stewart McPherson’s film is a wonderful boost for Turks and Caicos. It highlights the urgent need for us to preserve and be proud of our environment. I hope that copies of the book, which I expect to be able to present to schools during Jill’s Footsteps4Good walk across the islands in September, will encourage and educate our younger generation to take pride and pleasure in one of the most beautiful environments in the world.

“You can see extracts from the BBC series about TCI on  www.britainstreasureislands.com/. It’s well worth spending ten minutes reminding ourselves how fortunate we are to live in this environment. Take a look this week!”