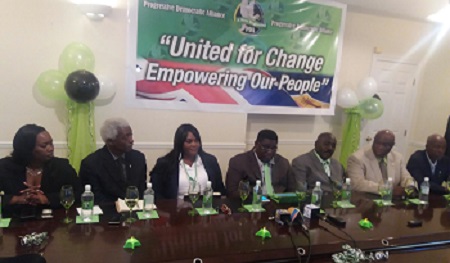 Providenciales, TCI, September 14, 2016 – The Progressive Democratic Alliance announces NEW Candidates and Party Leader, Oswald Skippings particularly proud to announce Pastor Shirley Calcano as among the All Island slate from the party in green.

Cried national shame on PNP Administration for handling of Delano Williams, TCI FIRST Olympian and on PDM inaction to get Delano more….Government handling of Zika Virus control…and continued marginalization of the indigenous….low wages, lost homes and racism all abounding, he said, because elected officials on both sides are failing to fight.

PDA he said has a plan for mortgages and would institute a living wage.