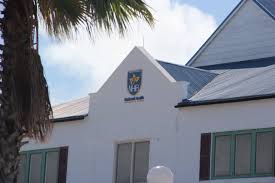 Providenciales, TCI, September 22, 2016 – National Health Insurance is having problems and staff there took industrial action yesterday which resulted in the office being shut down.  Magnetic Media was told that there is a list of demands from the employees, who among other things want a pay increase promised.  In two media statements, the N.H.I.P explained that they were far too short on staff to open to the general public but that they will manage emergencies, on call.

The workers staged a sick out at the country’s social health care plan office; N.H.I.P is also responsible for medical care referrals for all workers and their children, in the country.  N.H.I.P, following an emergency board meeting, said employers can still make their payments through the online bill paying system and that the office will reopen on Friday.

Related Items:emloyees of NHIP took industrial action and staged major sickout, employees calling in sick causing NHIP to be closed to the public, NHIP to reopen on Friday, sick out at nhip