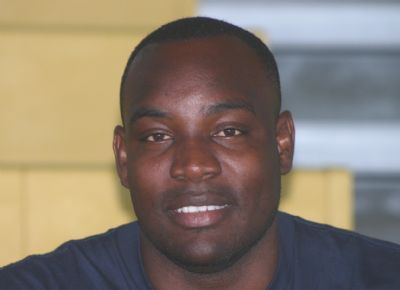 Providenciales, TCI, July 26, 2016 – The now defunct Sports Commission was horribly managed and this forced its shut down.  During recent Public Accounts Committee meetings at Parliament, it was exposed in an audit report that hardly any record was kept of monies going out of the coffers of the entity which was set up as a statutory body, with Alvin Parker as its Director.

Parker has already been found culpable by a special tribunal, Magnetic Media has learned, but he has appealed the case which charges him with mismanaging public funds to the tune of hundreds of thousands of dollars.  Alvin Parker is on administrative leave during this situation and though the Commission has been dismantled, he continues to receive a salary from TCIG and others have been absorbed in a new entity managing sports, back under the Ministry of Education.

The erratic financial management decisions at the TCI Sports Commission were exposed in an audit and includes findings where staff was loaned money, but there was no reporting on the loans; where reimbursements were made for claims without receipts and other reasonable evidence that personal money was spent and needed to be paid back and missing documents including no budgets, no bank reconciliation statements and no register of fixed assets.
Blank cheques were left signed, almost $50,000 reimbursed to the suspended Director, conflicts of interest where Parker’s business partner allegedly also got money from the Commission, where payment was made for things the Sports Commission did not receive; disorder when it comes to security staff logging hours, without a system the audit exposed that anyone could claim any amount of hours and inflate time actually worked and scrutiny was sorely lacking for this publicly funded body.
In 2009-2010, there were 662 transactions but 312 totaling over $123,000 were without proper documentation; by the next year, 2010-2011 the same continued and there were 228 of 605 transactions undocumented adding up to over $234,000; and in 2011 to 2012 again, more of the same as the transactions not documented were 28 and they totaled, over $173,000.
The recommendations exposed that while the TCI Sports Commission was certainly operating way out of the bounds of a responsible organization; no one was watching or noticing which allowed the risky practices to continue for at least three years.