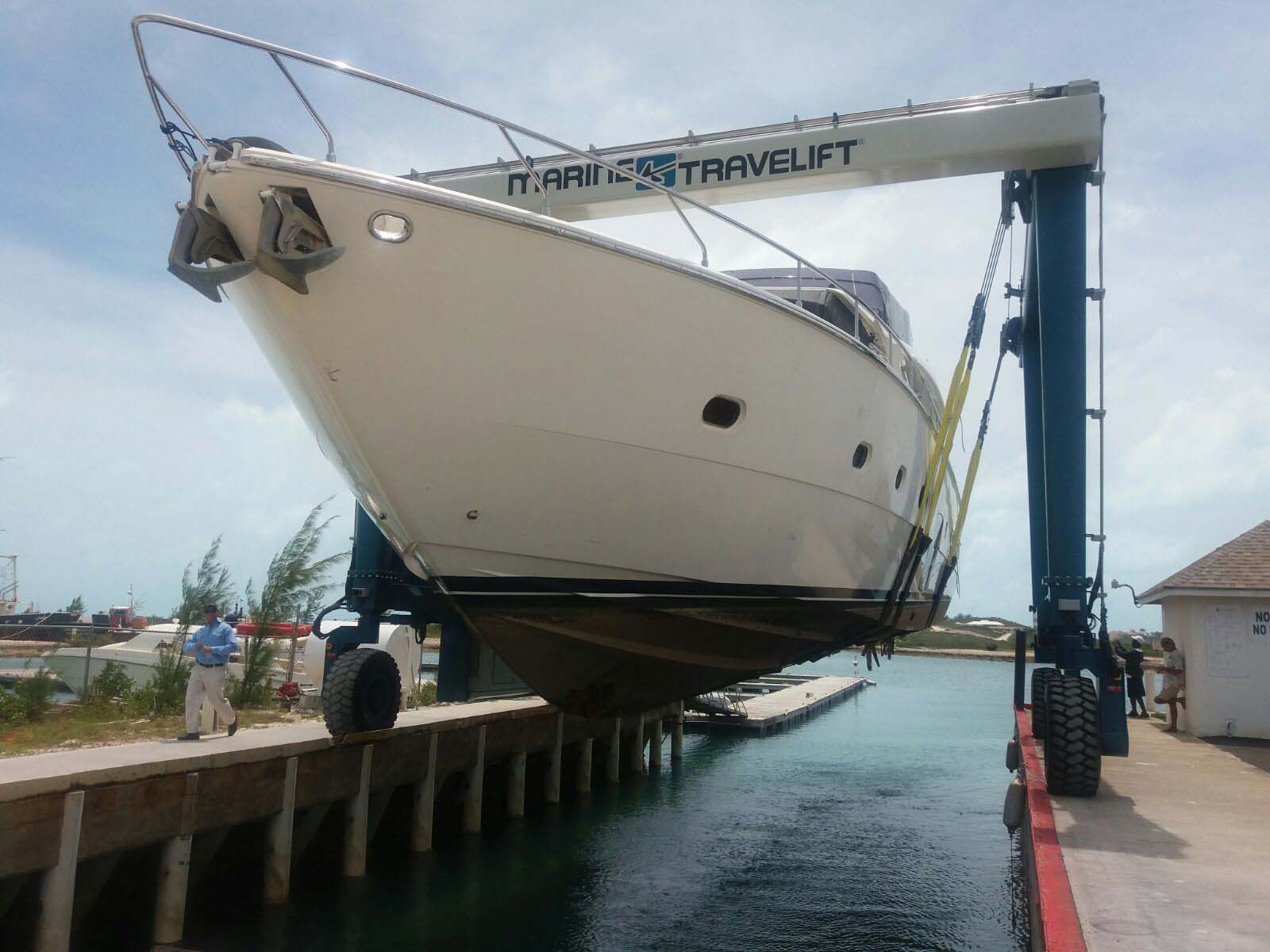 Providenciales, TCI, August 30, 2016 – Historic purchase enhances the size of boats which can be serviced at Caicos Shipyard.
A significant stride in the ship repair industry happened for the Turks and Caicos yesterday; Caicos Shipyard unveiled a massive machine – Marine Travelift brand boat hoist, which will revolutionize what the TCI is capable of doing when it comes to marine vessel repairs.  Jamie Pollan is the General Manager at Caicos Shipyard and welcomed industry partners to the ribbon cutting and demonstration.
“This Travelift is actually over the capacity of our  previous lift, which was 75 U.S tons, this being 83 U.S tons, 75 metric tons.  So it is in fact more powerful, substantially  more efficient.” – Jamie Pollan
Cutting that ribbon was Caicos Shipyard owner, Clive Stanbrook who admitted to being a little nervous at first but then very impressed by what this new equipment can do, it was a half a million dollar investment.
“So i’m proud to be part of it, and I think this will indeed make people more aware of the facilities that there are here.  It’s a very remarkable machine this, and we’ve paid a lot of money for it, so people can feel very safe having their boat, however how many millions they cost, lifted by our lifter.” – Clive Stanbrook
For seven years Llewelyn Handfield, of inter-island shipping company – Lew1 Shipping had hoped to get one of his tug boats out of the water and was actually en route to Grand Bahama where he was to book dry dock time there, but now Caicos Shipyard provides an at home alternative which is both convenient and cost effective.
“Oh yes, this cut the cost like more than 50 percent.” – Llewelyn Handfield
Among the vessels hauled by the remote controlled boat hoist, was the luxury yacht which in 2014 got trapped on a reef and two people were rescued.

The TCI man called in for the job of unhinging that yacht was Harold Walkin, he said it was a proud day for the Turks and Caicos.

“For the tourist that past through on their yacht boats and stuff here, I think it’s a more pleasant feeling to know that we have the lift here in case of an emergency and things go wrong, we could facilitate them and help them out, because being a rich guy sometimes, you want to bring your toys to Turks and Caicos Islands.” – Harold Walkin