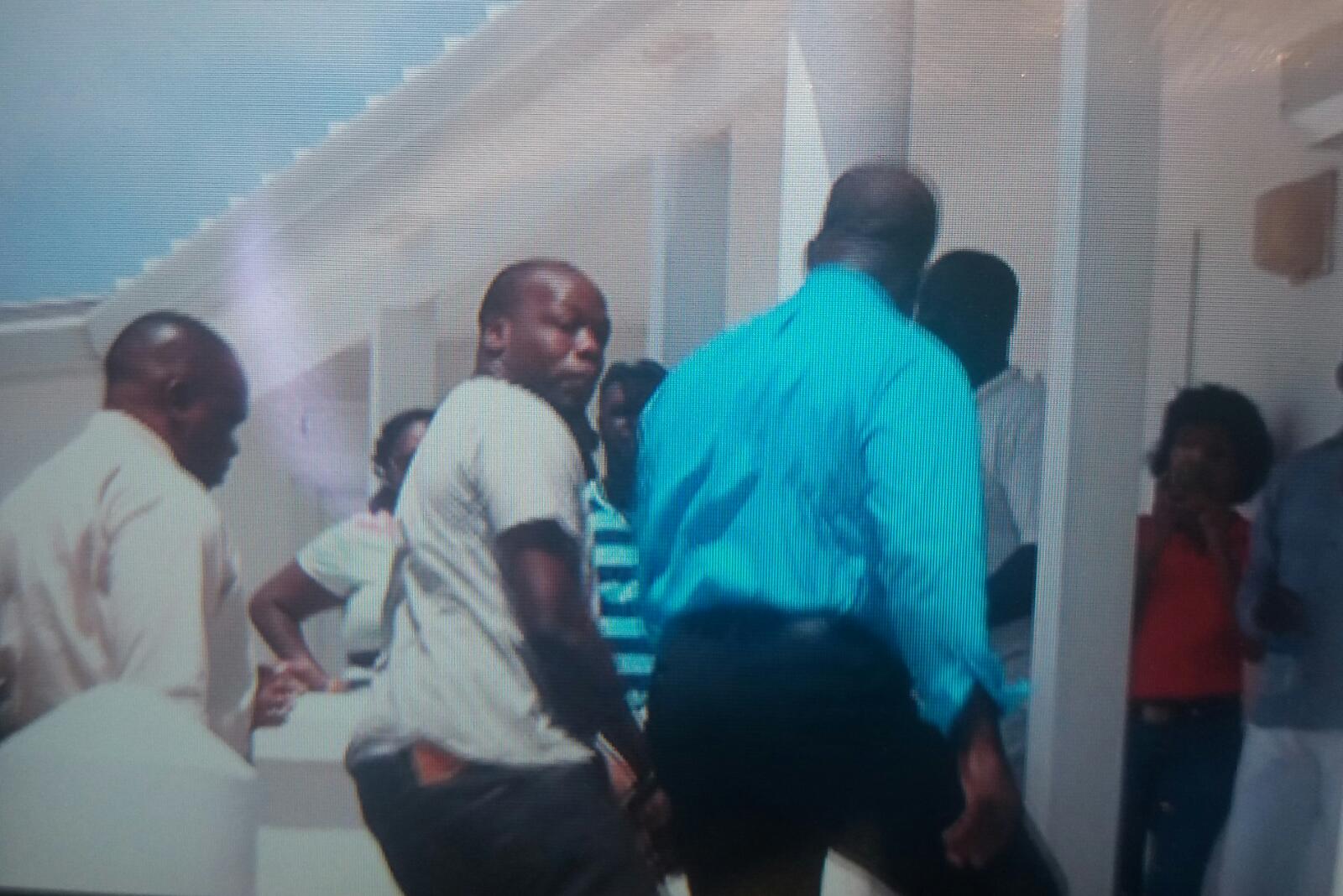 Providenciales, TCI, September 5, 2016 – Murder accused in court, the 33 year old came in just minutes ago at Magistrate’s Court to a small crowd of onlookers.

The man, believed to be behind the murders of Dominicans: Yuneiry Veras and Sorineida Arias in April and July 2016 respectively.

Handcuffed and shackled and responding to his name while entering the building is represented by attorney, Arthur Hamilton.

The arraignment is being read in a closed court.  All in the courtroom were asked to leave.  Journalist and others were barred from the proceedings.