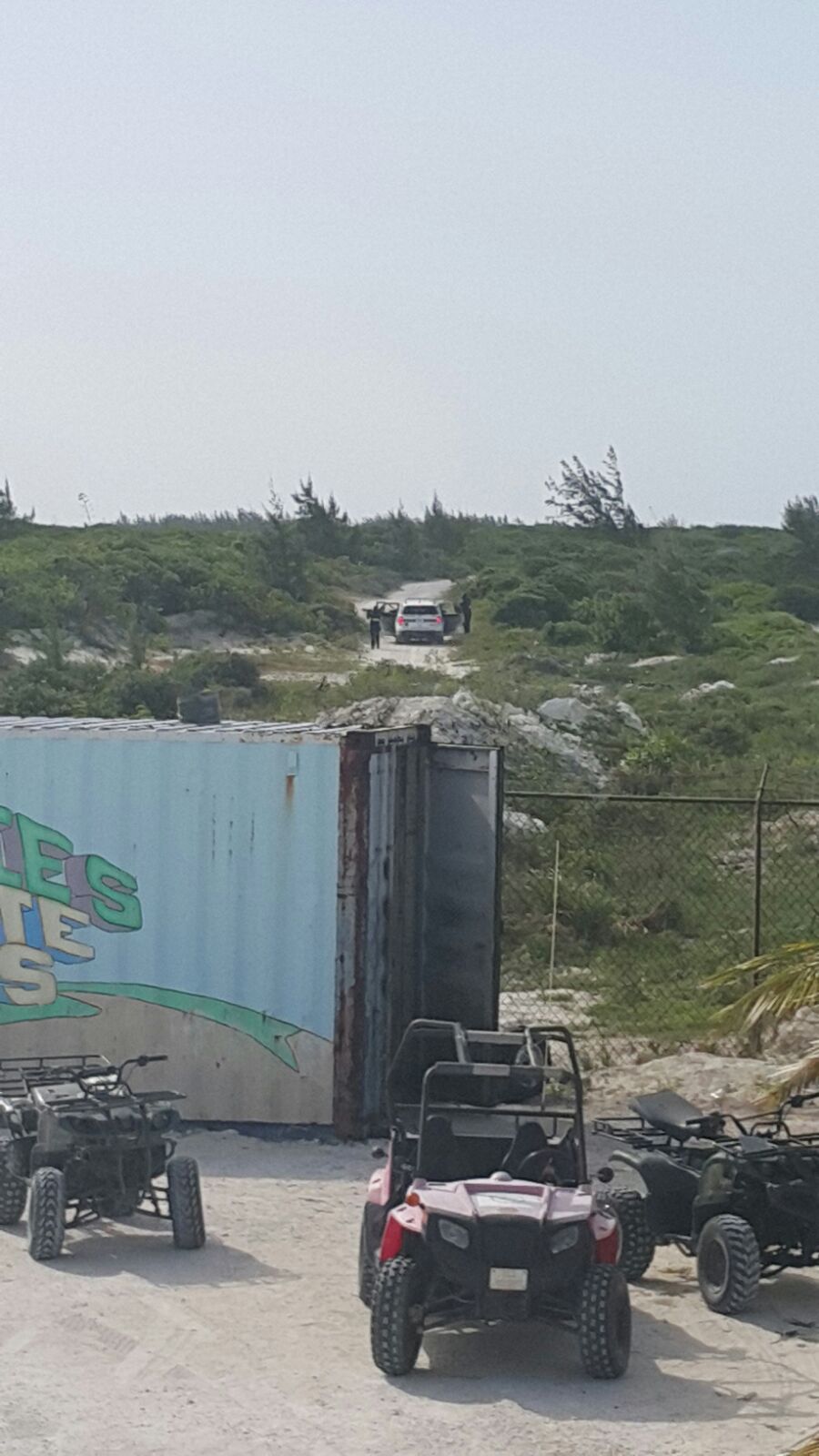 Turks and Caicos, July 7th – Police arrested one man yesterday after a robbery in Northwest Provo and were much of the early evening searching for a second suspect according to Police press officer, Kevin Clarke.

Photos and eyewitnesses spoke of seeing police holding a man at gun point near the Grant’s Gas station on Tom Lightbourne Road and Millennium Highway and later, a photograph of police in the dirt road path near Froggies Restaurant and ATVs, also in the Wheeland area.
There was no word on whether  that second man was ever caught.