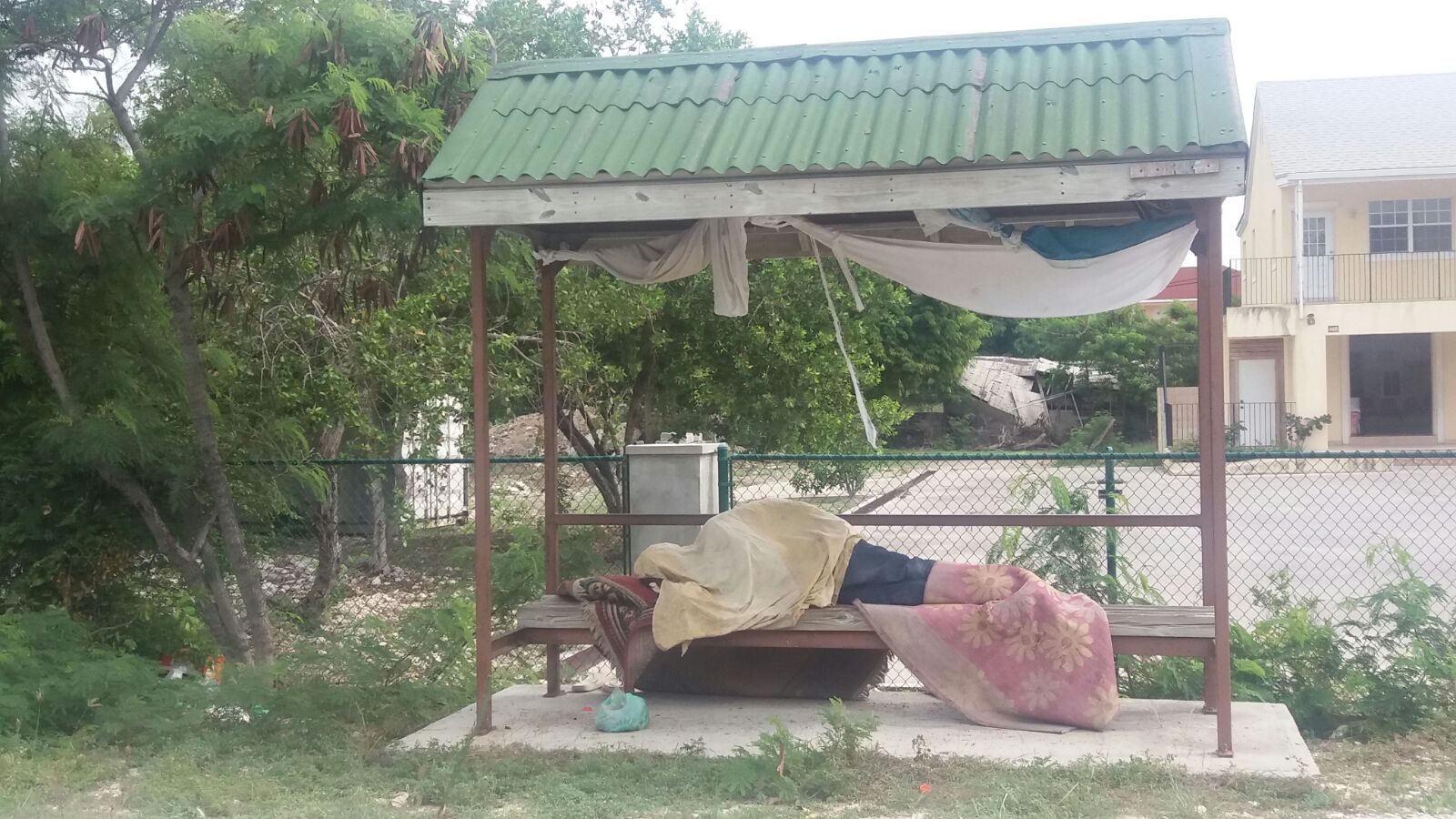 While the Mental Health bill is being debated in the House of Assembly due to modernisations the Minister of Health, Premier Rufus Ewing wants to see for the law, there is a growing concern for the number of vagrants we see in down town Provo who are believed to be suffering some level of mental instability.
Magnetic Media, on the weekend captured a makeshift home on the Airport road, just in front of Caicos Coin Laundromat.  Not only was a home created in the sheltered bus stop there, with old sheets, quilts and carpets but a man, known around town as Cargo was sleeping at the spot… and we might add, very peacefully.
Officials say they have tried to get him to return to his house and tried to get his family to curtail him; but others tell us Cargo is stubborn.
Tourism, Social Services, the Red Cross, Police and family were all involved in the intervention; Cargo Taylor has been living on the side of the road for the past three weeks now, according to those who work nearby.
The Airport Road is not only home to dozens of businesses but it is the gateway to our main Gateway – the Providenciales International Airport; as for Cargo, sadly it appears his dignity is gone as he is oblivious to the impression he was creating – and much like the smell and sight of the area, it was both bad and sad.