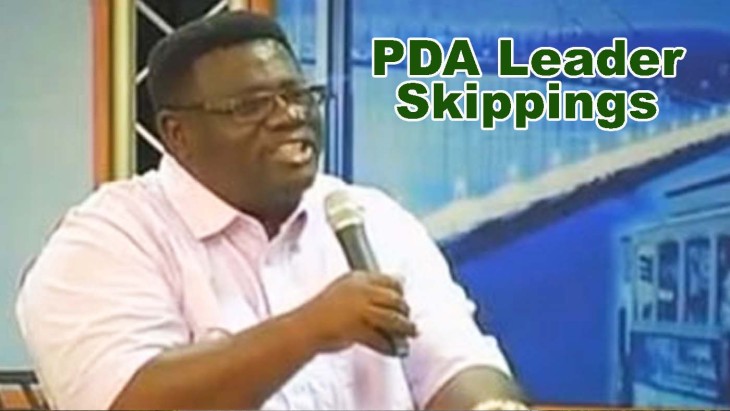 The third political party, the Progressive Democratic Alliance or PDA is crying shame on the Rufus Ewing led Government for inaction when it comes to the illegal jitneys.
Party Leader, Oswald Skippings in a media release said he is deeply distressed by the reports reaching his desk, “…reports of abuses by illegal jitney operators on their passengers continue to surface as these operators are becoming increasingly bold and conspicuous on the roadside and at the resorts. In fact, these jitneys are openly embraced by some hotels to the extent of front desk workers calling them and giving jitney drivers hotel guests as passengers in preference of legitimate licensed taxi operators.”
This boldness led to the Minister of Tourism issuing a release to denounce the service; Mr. Skippings said the PNP Administration is shirking responsibility.
“The recent public appeal in a press release issued by the ministry of Tourism advising our visitors against using jitney services is simply a cop-out as government attempts to shift the responsibility on unwary visitors instead of the Government undertaking its responsibility.”
Skippings said the illegal and dangerous business should be regulated, and he had some stern words for the Premier.
“The PDA is appealing to the Premier and his seemingly impotent administration to forthwith grab the bull by the horns and effectively deal with this dangerous and out of control jitney operations.”