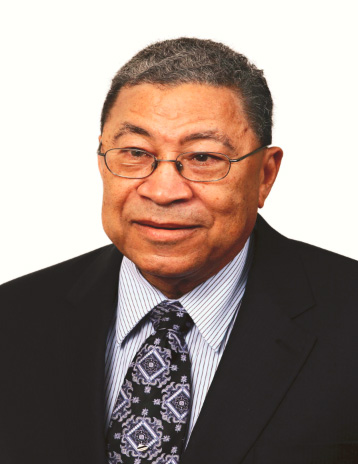 Amidst moving tributes and a standing ovation at the bank’s annual general meeting earlier this month, long-time Commonwealth Bank Director Clifford Culmer stepped down as a director after more than two decades of helping to steer the successful bank from infancy to a $1.5 billion financial powerhouse.
“Cliff has left a legacy for the rest of us to follow,” Dr. Marcus Bethel said. The moving and emotional tributes from co-directors drew a spontaneous standing ovation for Culmer by the packed audience of shareholders at Breezes.
Mr. Culmer, a chartered accountant, had served on the board for a total of 25 years. In his second term, 1998-2016, he was chairman of the audit committee.
“As Chairman of the Audit Committee, he has served on the Board in a position with one of the greatest demands, which he has done with strength, wisdom and integrity,” said William B. Sands, Jr. Chairman of Commonwealth Bank. “There is no doubt that the Audit Committee, under his leadership, has sharpened Management’s skills over the years and made us a stronger bank.”
Co-director and Chairman of the Board’s Nominating Committee Rupert Roberts Jr. described Culmer’s work as “an immeasurable contribution” and co-director Dr. Marcus Bethel said Culmer’s contributions during the 32-year history of the Bahamian bank were unparalleled.