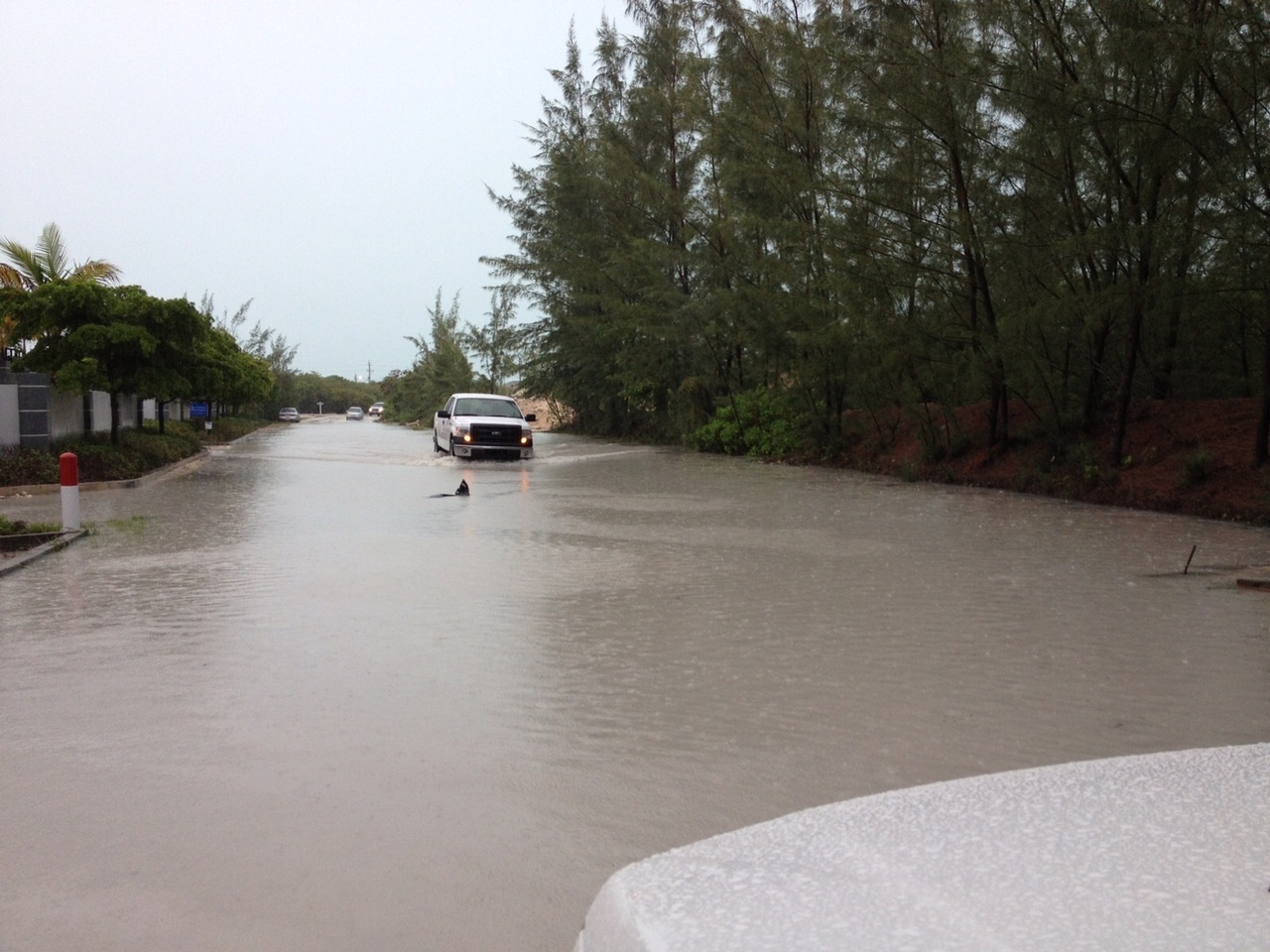 With the assistance and funding of the Caribbean Development Bank, the Turks and Caicos Islands Government has commissioned a Flood Risk Management Study; this according to an article published in the latest edition of the DDME’s Hurricane Preparedness Month newsletter.
The article by Norman A. Watts, Advisor to the Public Works Department outlines that the study aims to determine what is causing the flooding and how to stop it.
For the past two storm seasons, the TCI has dodged the bullet of a direct hit by a hurricane but retreating Tropical Storm Cristobal in 2014 and hovering Hurricane Joaquin in 2015 both cost the country millions in damages and they both shut down the nation primarily due to severe flooding and stubborn storm surges.
Watts provides the map to show the flood prone areas, which are generally known but perhaps less known is how much flooding these areas can expect to get when rainfall is unusually high.  The study also exposes that the Turks and Caicos is developing without a plan which considers environmental factors and climate change and how they can impact a modern society.
Specifically Watts quotes:  “The study noted that ‘Urbanisation without the benefit of formal storm water infrastructure in place is very dangerous and should be discouraged. The proper infrastructure should be in place whether it be roads, services or drainage.”
Government in that report has been advised to do five things including, elevate roads and structures to above the flood level; create soakaways and vertical wells; invest in sea outfalls and pumping stations and to create earth drains and channels.
Read more in the newly published virtual document when you look for DDME online or Facebook.