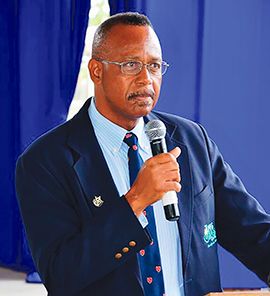 The PDM is calling for the electorate to be sharp, and to not be duped by the catchy phrases of the PNP Administration; PDM House Members pulled no punches on Monday when they labeled as bogus some of the milestones recently touted by the Rufus Ewing led government.

A former Health Minister and Opposition appointed member, Clarence Selver said when it comes to the InterHealth Canada deal, the Premier cannot be trusted.

It is true, the Premier has declared that he is compensated by the Hospitals and recent testimony given in the SIPT trials also exposed that Dr. Rufus Ewing was a part of the negotiations of the TCI Hospitals at their inception. Selver said the deal is just too expensive.

“The bulk of government expenditure, over 20 odd percent; so every dollar government raises, 20 cents out of that dollar gatta go towards maintaining the hospitals cost. That being the case there were two audits supposed to have been done; a clinical audit which looks at the quality of healthcare that the hospital provided and whether it was up to par and other things, as well as the financial audit, how much money they received, what they spent money on and whether we are getting value for money.”