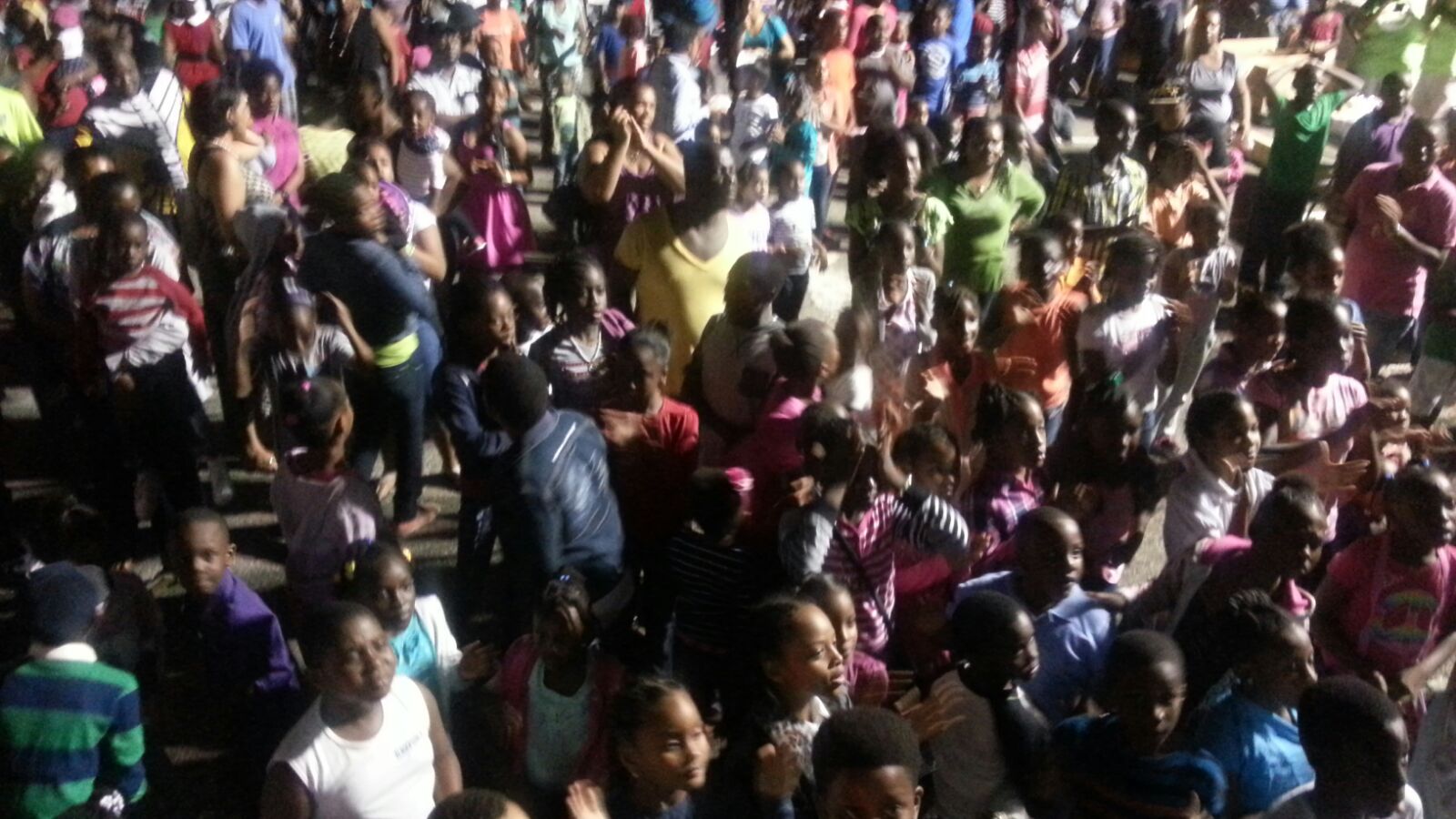 Providenciales, 02 Dec 2015 – Hundreds of children and their parents poured into the parking lot of the Leeward Highway office of LIME for the annual tree lighting, which is now five years old.

The area was transformed and featured lots of giveaways, trivia questions, performances from Barbara Johnson and the Breezy Beach Dancers and appearance by Santa. Santa not only proved he could ‘whip, nae nae, shake his stanky legs and bop,’ but he gave hundreds of gifts to children from as young as six months old.

Another highlight of the evening was lighting of the Christmas Tree, which is now decorated and standing as a reminder of the holiday season outside of the LIME store in Provo.