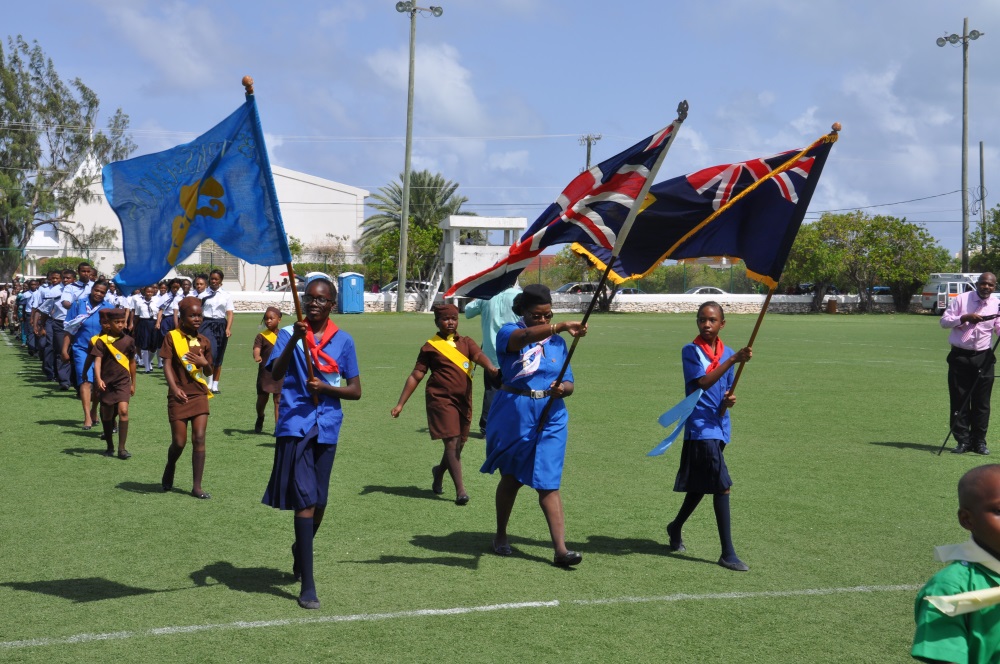 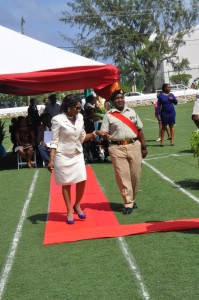 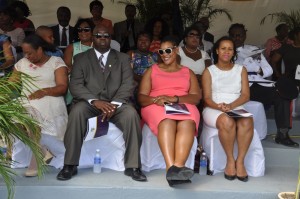 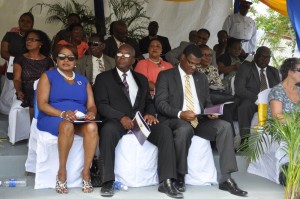 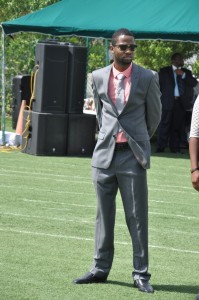 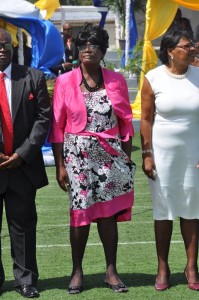 The ceremony, which garnered tremendous community support, saw the honouring of twenty-six Turks and Caicos Islanders in five different categories (see below). The event which drew attendants from all across the Turks and Caicos Islands was held at the Parade Grounds in the nation’s capital, Grand Turk, and onlookers where treated to an impressive display of pomp and pageantry by the Royal Turks and Caicos Islands Police Force Band and royal platoon, who led the historic processional march from the Legislative House to the Parade Grounds. The Prison Wardens, the Cadet Corp., the Boy Scouts, the Cubs, the Brownies, the Girls Brigade, the HJ Robinson High School, Eliza Simons Primary, Ona Glinton Primary School and Newman’s Preparatory School were among those that turned out to honour our well-deserving citizens. Performances were rendered in voice by Miss Robyn Hinds and Mr. Julian Garland who sang I Vow To Thee My Country and To Dream The Impossible Dream, respectively, and Mr. Jervon Laporte who rendered the soulful melody Flying Without Wings on the saxophone.

The recipients were called off in order of merit and escorted to the honouring dais, where they received the bestowment of their award from the Premier, Dr. The Honourable Rufus W. Ewing, before joining the receiving line for the final honour of a March Past by the Royal Turks and Caicos Islands Police Force and the uniformed groups promenade.

The Office of the Premier sends congratulations to all persons honoured this year and encourages greater participation from the community next year and for years to come.

Related Topics:awardeesnational honours and awards
Up Next