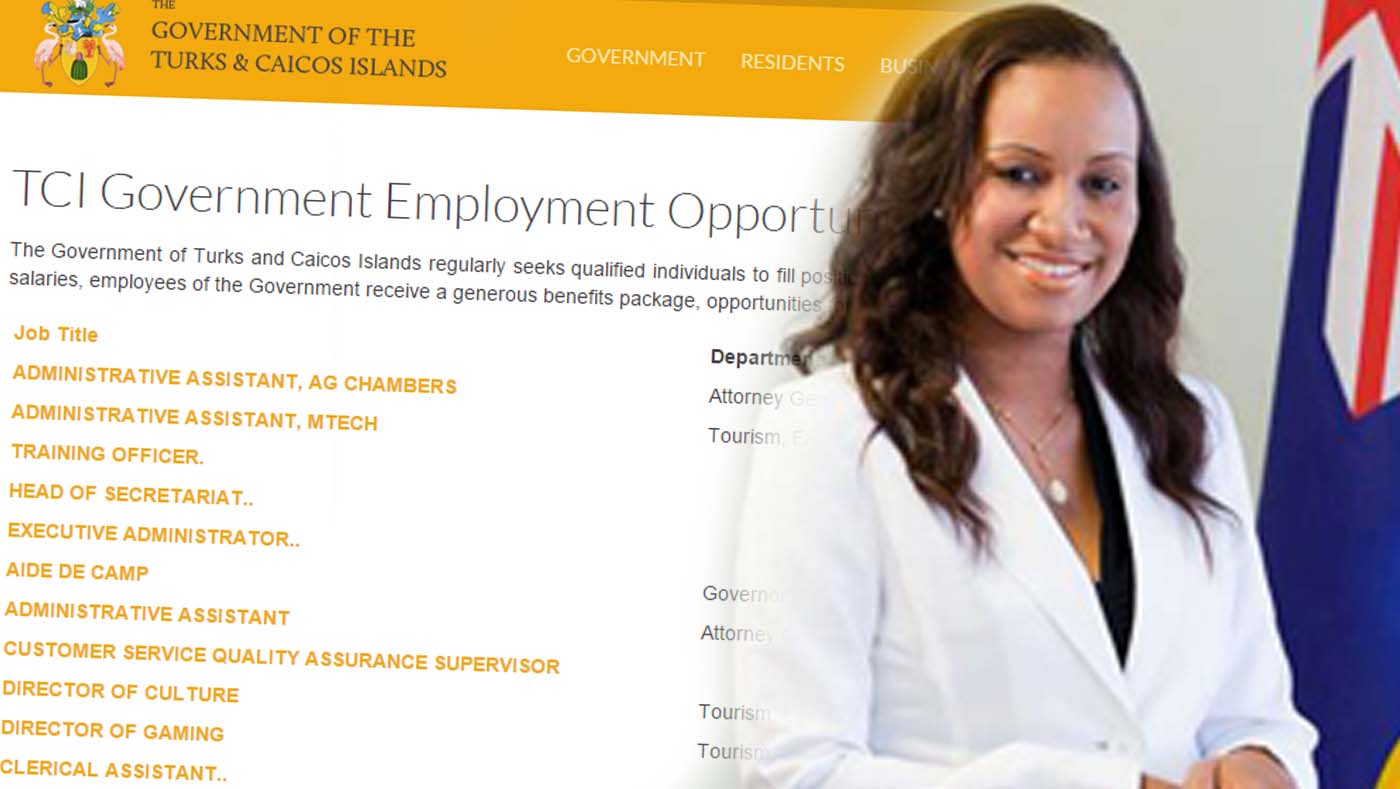 Providenciales, 14 Aug 2015 – Thirty four job vacancies were advertised by government and 27 individuals were found suitable to perhaps take on careers within the Civil Service.

In a third recruitment drive for this fiscal year, TCIG explains that there were key roles advertised including Director positions, like: Culture, Gaming and Trade as well as Deputy Director positions in Road Safety, Social Development and for the Crown Land Unit.

Several teaching and other support positions are currently being promoted and about a dozen roles are still being short listed according to the release issued today.

The Deputy Governor, Anya Williams, who heads the Civil Service from the Governor’s Office said: “TCIG is committed to strengthening its resource base through attracting the best talent available… the creation of our new Jobs Webpage has greatly assisted in attracting more applicants to the civil service.”