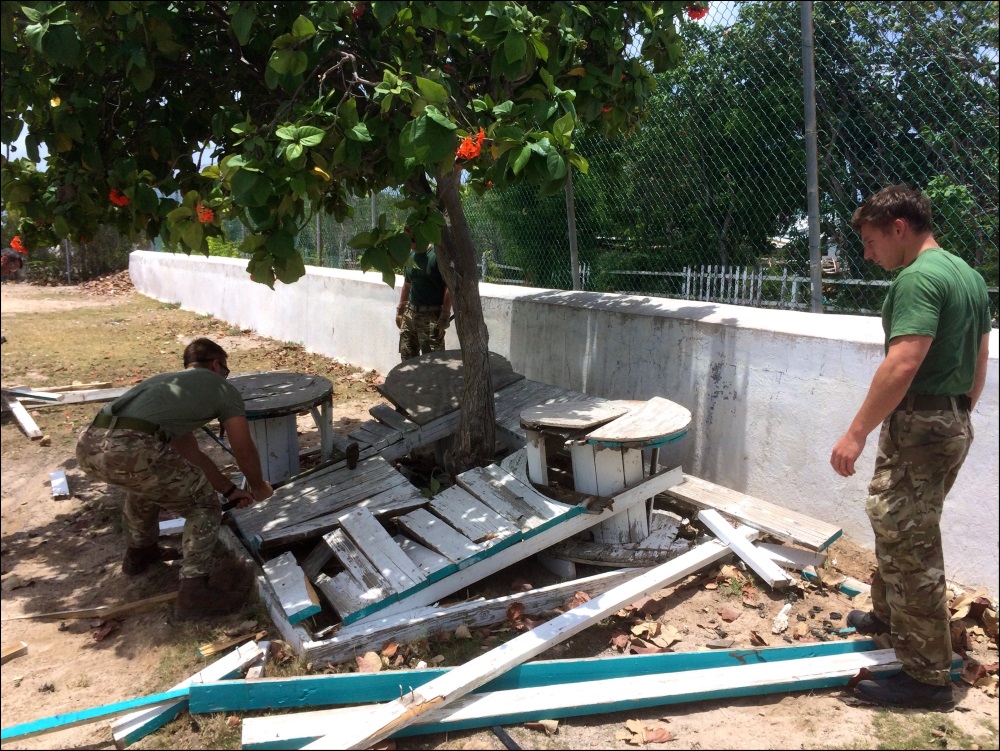 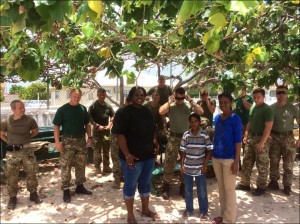 Providenciales, 04 Aug 2015 – The RFA Lyme Bay crew joined forces with the Grand Turk fishermen for a community project before leaving the country after a four day tour of duty in the TCI.

In fact the Grand Turk Fishing Tournament Committee tells Magnetic Media that Lyme Bay, the Governor’s Office and Olympic Construction teamed up for a spruce up of the tuck shop and lunch area at the Eliza Simons Primary school in the Capital. When students get back to school on September 7, they will find there are new lunch benches under shaded trees.

The GT Fishing Tournament committee purchased the materials in this phase one refurbishment project at Eliza Simons and expressed thanks to Lyme Bay, “who cheerfully undertook their work and left a lasting legacy of their all too brief time on Grand Turk.”