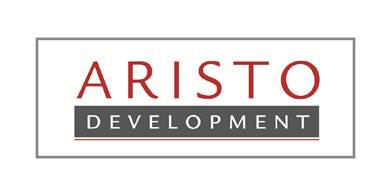 Bahamas, 03 Jul 2015 – A multimillion project of luxury residences just steps away from Baha Mar confirmed today that it will continue full steam ahead despite news that the neighbouring $3.5 billion Baha Mar resort project filed for Chapter 11 bankruptcy protection June 29.

“ONE Cable Beach will definitely move ahead as planned,” Aristo Development President & CEO Jason Kinsale said. “Like everyone else, we were caught off guard, shocked and saddened by the halting of the Baha Mar project, which we trust is temporary, but we immediately got on the phone, shared the news with those clients who purchased residences pre-construction, and were very relieved to hear that, like us, their belief in The Bahamas and the future of this country remained firm.”

According to Kinsale, none of the purchasers requested a refund.

“Quite the contrary,” he said. “Most saw it as a hiccup and looked at the broader picture. Both local and international investors felt they got in at the best available price in a location that is going to remain highly sought after because it is one of the last pieces of oceanfront on the northern coast of New Providence. Whether you call it the Bahamian Riviera or Cable Beach, the reality is that it is a spectacular piece of shoreline that is hard to match anywhere in the world – close to conveniences and far from boring.”

The $40 million development, located almost immediately west of Melia, will be seven stories and is defined by its striking architecture that includes curving balconies that almost appear to float. It’s a design that Kinsale, who also developed the popular community of Balmoral, calls dynamic and inviting.

“There is almost an organic, free-floating feel,” he said. “Even looking at the design gives you an almost palpable sense of freedom, inspiration and pleasure.”

With nearly 70 residences ranging in price from $555,000 for a one-bedroom to $3 million for the 3,900 square foot, 3-bedroom penthouse facing the sea, ONE Cable Beach features ocean and garden views, swimming pool, fitness centre, security, storm-rated windows and oversized doors, high ceilings, and quality construction with the finest in finishing details. In late June, dozens turned out for an open house in late June and interest has been evenly divided between local and international clients, according to the developer.

Site preparation is underway and construction has started even ahead of the official groundbreaking ceremony that is expected to be announced shortly. Some 200 construction jobs are anticipated during the building of ONE Cable Beach that should be complete in less than two years.

“We all hope that Baha Mar will soon be back on track,” said Kinsale. “But we are pleased to share some good news that ONE Cable Beach will make many good jobs and opportunities available and provide a solid, serious boost to the Bahamian economy.”