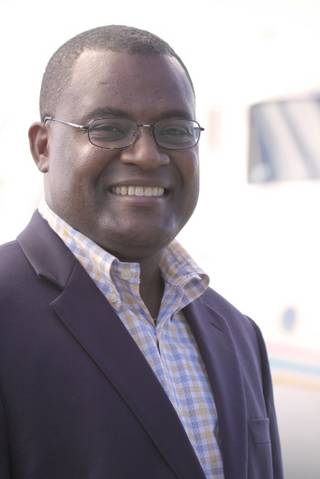 Providenciales, 02 Apr 2015 – The court has determined that it will not hear any more evidence in the case of Provo Air center which had filed a law suit against the Airports Authority and Blue Heron. The suit claimed that the arrangement to have Blue Heron Aviation set up a private airport or FBO in Providenciales was done surreptitiously, hidden from public scrutiny and bypassing due process in order to see the fixed based operator established and on public land. Lyndon Gardiner was speaking out yesterday on the case, saying: “…our case is just one chapter in the ongoing saga of how the Government and the Airport Authority are abusing the public trust and acting contrary to the best interests of Belongers and all residents of these islands.

The questions are still valid and will not go away, even if it is uncomfortable to ask them. We think the public has a right to know how and why land that belonged to private citizens was forcibly acquired for public use with public funds, but ultimately fell into the hands of foreign private investors.” Gardiner suggests that the land was supposed to be used to alleviate what he called traffic congestion at the airport. He said this along with a lack of radar at the airport site is dangerous and charged that government and the TCIAA are taking a risk with our leading industry. The case was being heard in the Supreme Court and was not only seeing one dimensional legal action… but a series of counter suits in the case where Signature Flight Support, the Attorney General’s Chambers and M Aviation were also listed in the court docket.