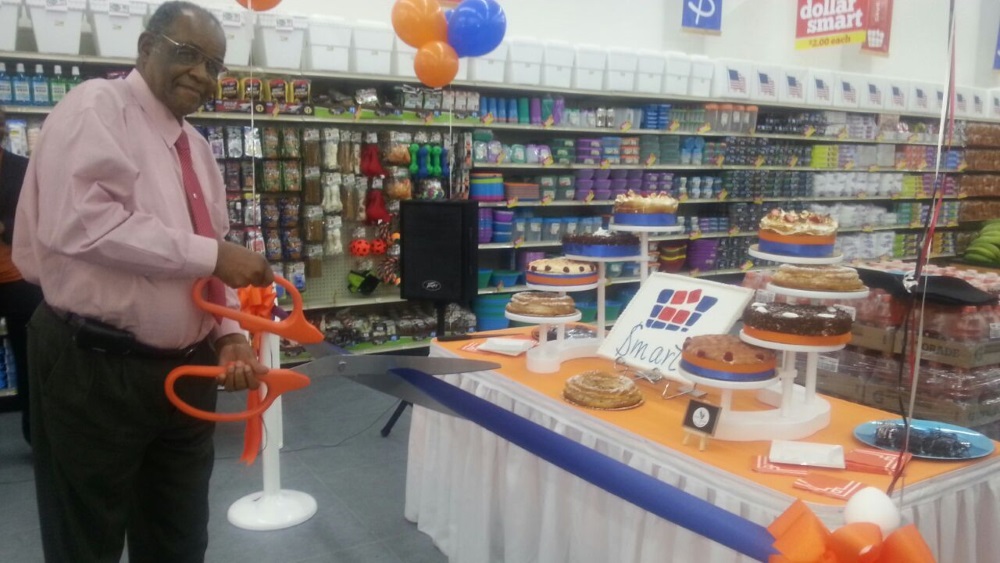 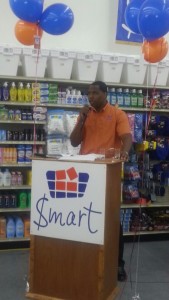 Providenciales, 30 Mar 2015 – The new Smart grocery store by Graceway Supermarkets opened on the weekend and named as new General Manager of the once Island Pride, was a Turks and Caicos Islander, Temell Seymour.

During a ceremony on Friday at the down town store, Seymour, who hails from South Caicos gave a lot of thanks just ahead of the ribbon cutting; that honor went to a pioneer in business, Dr. AV Butterfield who later shared that the impressive aesthetics and set up of the store is no surprise to him, he always knew the potential existed. Doors officially opened Saturday morning, there were some technical glitches but following that a jam packed store where shoppers raided the $2 section and took advantage of a Grand Opening Sale.