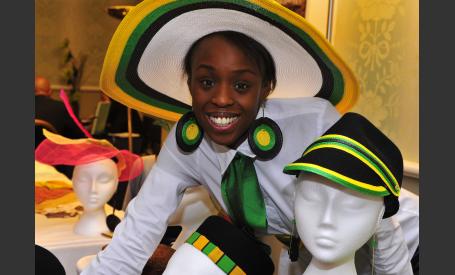 KINGSTON, Jan. 13 (JIS): Investment opportunities in Jamaica will be the main area of focus, when the sixth biennial Jamaica Diaspora Conference is held at the Montego Bay Convention Centre, in St. James, from June 13 to 18.

State Minister for Foreign Affairs and Foreign Trade, Hon. Arnaldo Brown, said this emphasis will be a continuation of activities initially undertaken at the 2013 conference, and is in response to concerns which have been raised by persons in the Diaspora, mainly the United States, Canada, and United Kingdom, about the seeming lack of information about opportunities available to them.

“This indicates that there is significant interest among Jamaicans (overseas) to invest in Jamaica…and their interest is welcome and ought to be facilitated. It is one of the reasons why we felt that the best place to begin to have a deeper dialogue about investment opportunities is in the context of the biennial conference,” the State Minister added.

Mr. Brown, who has responsibility for Diaspora Affairs, said it is against this background that the Government, through the Foreign Affairs and Foreign Trade Ministry, will partner with several private sector entities to stage the six-day conference.

The State Minister said these companies have “built out their network based on Diaspora engagement and locations.”

“This demonstrates the importance of members of the Jamaican community who live outside of Jamaica. We believe that they should have an opportunity to take full advantage of the many and varied investment products that are available in the country,” Mr. Brown emphasised.

Citing the success of the 2013 conference, the State Minister pointed out that the marketplace concept that was introduced at that conference, which facilitated networking among Jamaican businesses operating locally and overseas, will be expanded, adding that the concept has been fruitful.

“So, this year we are going to have (among our partners) the Jamaica Exporters’ Association (JEA), Jamaica Manufacturers’ Association (JMA), Jamaica Agricultural Society (JAS), Agro Investment Corporation (AIC), and the Jamaica Stock Exchange (JSE) and, of course, Jamaica Promotions Corporation (JAMPRO) will be there with a one stop shop facility, where you can get everything you need done right there, and in (good) time,” he added.

The revamped website of the JARRR will cater to returning residents, other persons in the Diaspora, businesses and
other stakeholders, by providing direct linkages on products and services offered locally.
The site can be accessed at: www.ja-rrr.com.

Time running out for Voter Registration in TCI; some may miss if snap election called

KFC NASSAU HELPS THE HUNGRY WITH OVER $13,000 NEW YEAR’S DONATION TO THE BAHAMAS NATIONAL FEEDING NETWORK