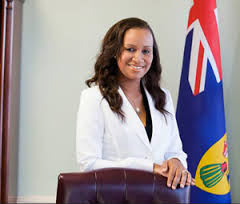 Watts contract lasts one year, ending next September and comes with perks like a monthly vehicle and phone allowance. It was just before Roderick Todd demitted office as the TCI Governor that Watts, who was a no show at the ceremony, was awarded a BEM or British Empire Medal for his contribution to the infrastructural development of the TCI.

Current Governor Peter Beckingham in a statement said Watts is important to the islands’ development. But that is not the view of some in the country, who tell Magnetic Media that Watts’ time has passed… and of the PNP Administration, where the Premier said at the very least the Minister should have been consulted about the appointment.

While the contract is one year… the letter of reappointment, which is signed by Director of Human Resource Management for Government, Mark Greenway does say the contract is on a month to month basis. Norman Watts is currently the Engineering Supervisor of the Public Works Department.