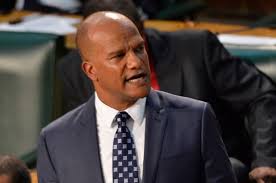 KINGSTON, Oct. 1 (Jamaica Information Service): The House of Representatives, on Tuesday September 30, passed the Criminal Records (Rehabilitation of Offenders) (Amendment) Act, paving the way for the removal of criminal records against the names of persons convicted for possession of, or smoking small quantities of ganja.

Mr. Bunting said the next step by the Government is to make the possession of small quantities of ganja a non-arrestable offence.

He noted that focus is also being placed on making provisions for the use of ganja by religious groups. “This Bill that will deal with that second step has already been drafted. It will go to legislative committee for some final tweaking,” he stated.

The Security Minister also informed that Cabinet has approved a regulatory framework to oversee the use of marijuana for medicinal purposes.

Minister Bunting told the House that despite the changes being made, the Government will continue to enforce the law and obligations under various international treaties.
The Bill was passed in the Senate in July, 2014.