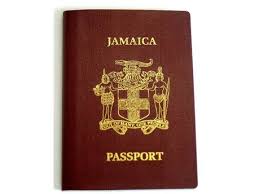 KINGSTON, Sept. 10 (JIS): The Passport, Immigration and Citizenship Agency (PICA) is advising the public that the renunciation of Jamaican citizenship can only be done by submitting an application to that agency.

“There is an official process through the Ministry of National Security and PICA, for facilitating all applications for the granting of citizenship as well as the renunciation of Jamaican citizenship,” Director of Citizenship Services at PICA, Carol Saunders-Hammond, told JIS News.

She stressed that Jamaican citizenship cannot be renounced by the mere submission of a letter certified by a Justice of the Peace, Notary Public or other public official.

Outlining the process, she pointed out that “one who wishes to give up their Jamaican citizenship must complete the declaration of renunciation in duplicate and must satisfy the basic qualifications, which include the grant or the promise of citizenship to the adopting country.”

She further stated that persons must also prove that they are Jamaicans by submitting evidence such as their birth certificate or Jamaican passport, be at least
18 years of age, and of sound mind.

“With these qualifications being satisfied, the application is considered and goes to the Minister of National Security for his consideration. When he agrees, the register is effected with the person’s name, and they are informed that they are no longer considered a Jamaican as at the date indicated,” the Director explained.

“So, one cannot merely make a statement written or oral, that they have renounced citizenship and we make it a point of duty to ensure that persons, who wish to give up citizenship, are not left stateless, so there must be an adopting country or the promise that upon the loss of Jamaican citizenship, such a person will be adopted by another country,” she explained.
Persons engaging in the renunciation of Jamaican citizenship are charged a fee of J$50,000; CAN$1,100; US$1,000; £625 or €700.

“If persons are considered by us to have given up Jamaican citizenship then they would no longer be entitled to bear a Jamaican passport. At the port of entry they would be treated as the citizen of the country whose passport they now bear; they would also be expected to obtain a work permit from the Ministry of Labour if they intend to work in Jamaica…they would be treated as a national of the country that they have adopted and all the other requirements to remain here legally would apply,” Mrs. Saunders-Hammond pointed out.

For further information regarding the renunciation of Jamaican citizenship as well as the application form, persons may visit the agency’s website at www.pica.gov.jm.