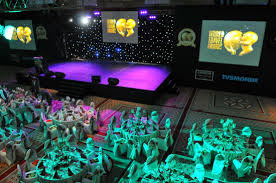 Turks and Caicos Islands claiming three world class honors at the World Travel Awards held in Qatar on Saturday night… roaring applause followed the announcement for the second year in a row, Grace Bay Beach is named the world’s best.

Toppling a three year legacy for a Turkish resort, The Regent Palms is named World’s Leading Hotel Spa 2013 and keeping its title for the 14th time, Beaches Resort Villages and Spa is the Best Family All Inclusive, in the world.

The Premier in that weekend announcement saying: “We as a people and as a country have done a lot to promote the Tourism product …. it is fitting, and indeed rewarding, that the accolades received are from the very agencies that we are dependent upon to sell our destination to the world.”

The Premier, who is back in the country from meetings in London was at this weekend’s conch festival, already promoting what is coming for 2014 for the Blue Hills event.