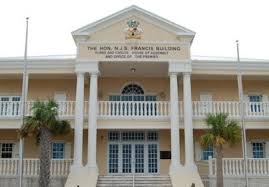 The Government seems to be committed in keeping the country’s young people in focus… On Wednesday of this week the government met for the 23rd sitting of cabinet on Providenciales.

The country’s leaders have agreed with the decisions of the Procurement Board to award contracts for the construction of restroom blocks at the Ianthe Pratt Primary School and Clement Howell High School which are both located on Provo.

In its efforts to empower young Turks and Caicos Islanders, the government also noted the draft of the Young Adult Empowerment Policy and approved in principle the objectives proposed, which focuses on empowering people between the age of 18-35 years.

Cabinet also received which recorded a 1.4 million dollar deficit which the leaders say was better than they anticipated.