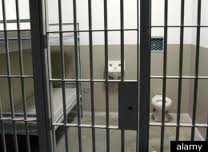 Released on fifty dollars bail; that 11 year old boy gets a chance to be at home with his mother and the minster responsible for home affairs confirming again that ridge residents of Grand Turk are not in favor of the juvenile detention center in their neighbourhood.

Hon Amanda Missick said a new site has been identified in Middle Caicos.

A firestorm of commentary erupted when the Official Opposition brought to light that yet another minor was being charged and was to be housed in the HMS prison.

Minister Missick said the boy would not have been lodging with the adult prisoners… the child was told to behave, he was in court to face theft charges.