Turks and Caicos first Mercy Committee is formed and that means people convicted of crime can appeal to a board for leniency. 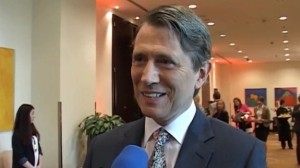 The committee which was established under section 127 of the constitution is made up of the Governor, the Attorney General, Emily Saunders, Mervin Cox, Oral Selver and Father Bernard Been. These members were appointed by the Governor, following a nomination by the Premier and Leader of the Opposition.

The Governor, after consultation with the committee now has the power to grant pardon …substitute a less severe punishment and even revoke a sentence or part of a sentence. The first meeting of the mercy committee was held last Friday and chaired by His Excellency the Governor.