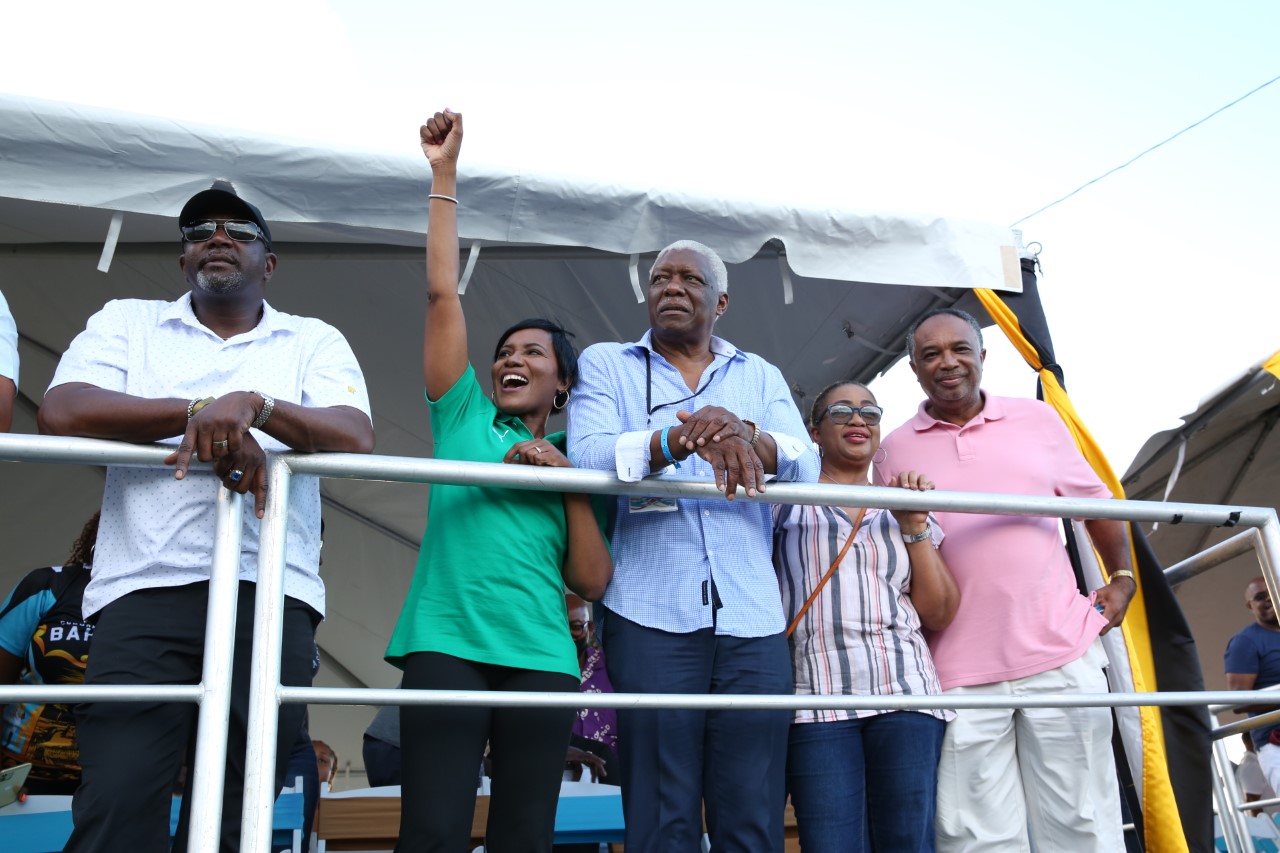 Those were the sentiments of Minister for Grand Bahama, the Hon. Ginger Moxey, during the closing ceremonies of the Anita Doherty North American, Central American and Caribbean Athletic Association (NACAC) Open Track and Field Championships, on Sunday night at the Grand Bahama Sports Complex. 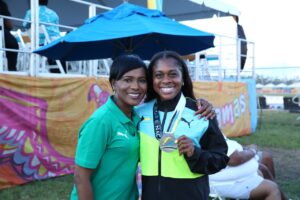 “Thank you so much for being a part of history and we’ve proven that if the opportunity presents itself again, we will be able to pull it off again,” Minister Moxey said, as fireworks erupted into the night sky, signaling the end of the three-day international meet.

What was meant to be the official closing out ceremony easily turned into a celebration, with athletes and fans alike enjoying the fireworks and Junkanoo rushout, featuring an impromptu performance by both Youth, Sports and Culture Minister, the Hon. Mario Bowleg and Minister Moxey.

Asked how she would describe the end of the three-day meet, Minister Moxey simply called it “a success!”  She said it was an amazing feeling to see Grand Bahama successfully pull off an international meet at the magnitude of NACAC.

“It feels like Grand Bahama is on the right track,” Minister Moxey said, while dancing with the Junkanoo music. “It feels like it is a new day for Grand Bahama with events and entertainment, which we have outlined in our Blueprint for Change, which talked about what we envisioned Grand Bahama could become. So I am excited about today because it’s only the beginning and it will only get better. 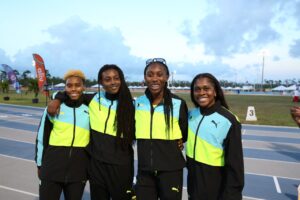 “I never doubted that we could pull this off. I know the potential for Grand Bahama Island. I know what we can do. I know that events and the orange economy is something where all Bahamians can benefit. So, it doesn’t matter how much money you have and it doesn’t matter the level of your resources, because anyone can make money in the orange economy when it comes to events and entertainment.  So, I just wanted to focus on that for our people, to give everyone a chance of survival.”

Minister Moxey said the successful hosting of the fourth edition of NACAC speaks to what Grand Bahama could do once given the opportunity. She pointed out the economic benefit of the meet, noting that Grand Bahamians across the board were able to benefit financially. From the hotels to taxi cab drivers, tour operators, straw vendors, restaurants and food vendors – all had an opportunity to make money from the three-day event.

Minister of Youth, Sports and Culture, the Hon. Mario Bowleg noted that the success of the 2022 NACAC was something officials had anticipated when the decision was made to host the meet on Grand Bahama.

“There were a few hiccups, but that’s life. We always have troubles and trials in life, but it’s what you do when you 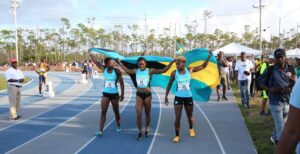 fall. You get back up and keep moving,” said Minister Bowleg. “At the end of the day, the main success was that we brought the economic boost that we felt Grand Bahama needed. The injection in the arm to get this island back up and running and bring the magic back to the Magic City.

“That’s what it’s all about. This administration wants to spread the wealth and make sure that the events we have in The Bahamas go to the Family Islands that can host them – and Grand Bahama is one of them. Grand Bahama is one island that we must get back up and running.”

The Youth, Sports and Culture Minister said that the 2022 NACAC is just the beginning for Grand Bahama. He said that there are a lot of things in the pipeline that the Government has on the horizon and Grand Bahama will be a part of those opportunities. 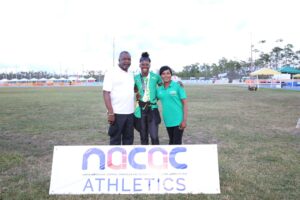 “This is the most medals we would have won at this level, so we want to enjoy this moment and celebrate Team Bahamas and if we get the opportunity to do it again, we will do it again in Grand Bahama,” said Minister Bowleg

1st insert: Minister for Grand Bahama, the Hon. Ginger Moxey poses for a photo with Silver medalist in the women’s 100m, Tynia Gaitor, who also ran the anchor leg for Team Bahamas in the women’s 4 x 100m.

3rd insert: The Bahamian team won silver in the women’s 4 x 100m relay on the final day of competition of the Anita Doherty NACAC Open Track and Field Championships at the GB Sports Complex.  Making up the team were (from left) Devynne Charlton, Printassia Johnson, Anthonique Strachan and Tynia Gaither.

4th insert: Minister of Youth, Sports and Culture, the Hon. Mario Bowleg and Minister for Grand Bahama, Hon. Ginger Moxey poses for a photo with Jamaican track star Shericka Jackson, who won the gold medal in the women’s 100m.