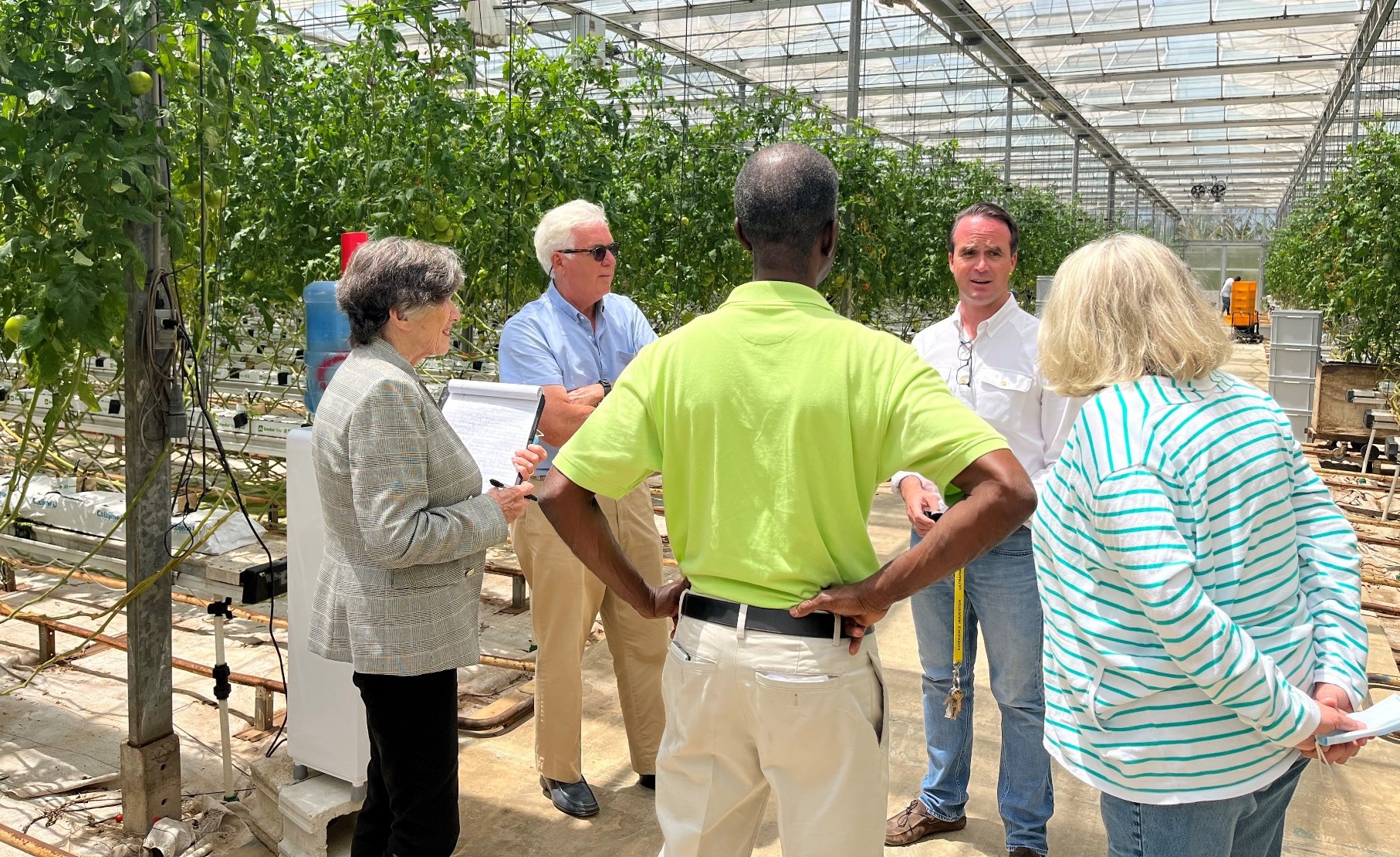 #TheBahamas, May 2, 2022 – Farms, like just about everything else, come in all sizes and shapes.  And like other items that come in various forms, what works for one may not work for all.

“That’s what we are learning as we go along,” says Philip Smith, Executive Chairman of the Agricultural 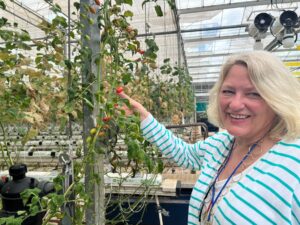 Development Organization, the recently launched non-government organization formed to support farming and the culture of self-sustaining food security.  “While it is evident that there is a huge difference in resources and production capabilities between a mass production facility like Lucayan Tropical Produce and a backyard farmer in Cat Island, what is most interesting to us is how we can learn from both and help each other.”

“We started in the fourth quarter of 2006 and it took us over 10 years to begin to get it right,” explained Tropical Produce President Cameron Symonette, with a hands-on approach and knowledge of everything from the value of a fistful of seeds to what reverse osmosis does to the environment.

The most surprising lesson they learned was how dynamic agriculture versus other traditional manufacturing businesses were, what Symonette and his father, Craig, a director of the company, call “the continuous puruist of a happy plant, one that wants to produce.”

“We changed systems and management four times and kept trying to get it right,” says the younger Symonette.  “We felt we could produce 100% of the market needs for cucumbers and 100% of the island of New Providence’s need for Bahamian tomatoes but it just wasn’t happening.”

What stood in the way was lack of a significance difference between night and day temperatures.

“Under good farming conditions, a plant stresses every day in the heat and relaxes at night,” says the company president.  “In The Bahamas, there is little difference between night and day so the plant is stressed most of the time given the rolling average of difference being so small.  It took us a long time to figure that out, to figure out what made the happy plant.”

Now, with strictly controlled temperatures, constant refrigerated trucking and a new closed loop temperature controlled chill house under intense lighting, the lettuce Lucayan Tropical Produce turns out is heartier and is proving to have a  longer shelf life than other products available in the marketplace, says Symonette.  Thanks to the new indoor growing system, the company is able to produce lettuce year-round.  Despite growing up to five varieties of tomatoes, the extreme summer heat puts a halt to that production.

Lucayan Tropical supplies about 65% of the cucumber market with both slender European cucumbers and traditional. 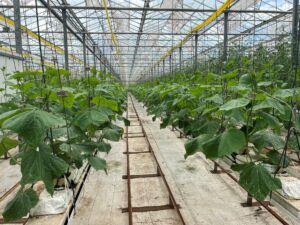 For ADO director Karen Casey, the visit to Lucayan Tropical Produce off the beaten path in western New Providence was affirmation of what founders of the relatively new NGO suspected.

“It takes a tremendous investment to create a massive scale successful farm in The Bahamas,” said Casey, president of Sysco Bahamas, the largest wholesaler of food in the country.  “It reinforces our need to focus on cooperative crop planting and we are extremely grateful that the Symonettes have offered to help us in that.”

Smith said the happy plant and other lessons would be helpful to farmers throughout The Bahamas.

“Craig and Cameron shared 16 years of experience with us, experience we can take back to workshops on community farming, backyard and schoolyard farming,” said Smith.  “This has been an incredibly valuable tour.”

ADO was formed in early January with a $1.1 million grant from FTX, the first large gift awarded by the giant blockchain trading platform after opening its headquarters in The Bahamas.  FTX CEO Ryan Salome serves on the steering committee along with Royal Caribbean International President and CEO Michael Bayley, businessman and former Minister of Tourism Vincent Vanderpool-Wallace, Karen Casey and Smith, who is the former executive director of the Bahamas Feeding Network.  More than a dozen community and civic leaders serve on various committees.

2nd insert: A world of cucumbers – Lucayan Tropical Produce supplies about 65% of the local demand for cucumbers, growing European and standard varieties under these leafy greens. ADO toured Lucayan Tropical recently as part of a 3-month fact-finding tour to gather information helpful to farmers throughout The Bahamas at all levels from backyard to community and beyond.