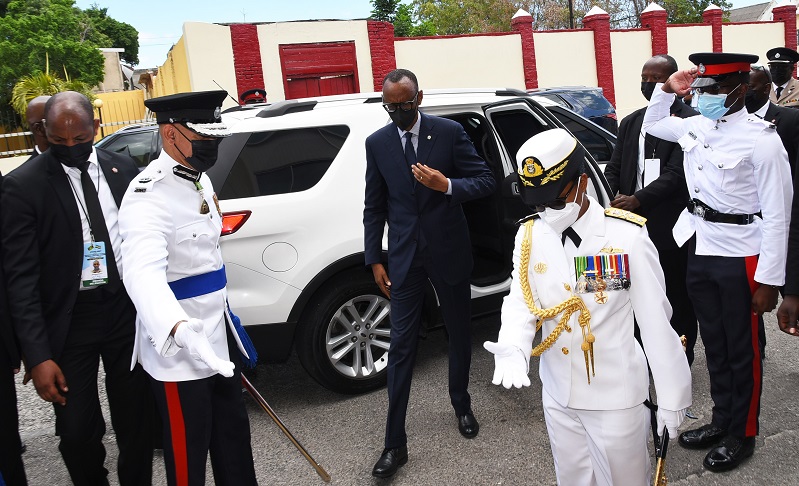 #Kingston, April 16, 2022 – Jamaica is to strengthen its technical cooperation with the Republic of Rwanda in several fields, including culture, information and communications technology (ICT), health, tourism and sport.

This was disclosed by Prime Minister, the Most Hon. Andrew Holness, in his address at a joint sitting of the Houses of Parliament on Thursday (April 14), which was held as part of activities for the three-day State visit of the President of the Republic of Rwanda, His Excellency Paul Kagame.

“We congratulate and admire Rwanda for its many milestone achievements over the past 28 years, and we believe that there is much for us to share and learn from each other,” the Prime Minister said. 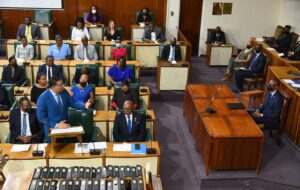 Mr. Holness said the country is also looking forward to advancing both States’ economic relations through increased trade and investment prospects, particularly as it relates to logistics, special economic zones, agriculture and manufacturing.

“I also welcome the other occasions and events during this visit that will allow for us to share views and opinions on a variety of global and local issues,” he said.

Mr. Holness noted that Jamaica and Rwanda have forged a collaborative partnership since the establishment of diplomatic relations in 1998, and that the Rwandan President’s visit is a great opportunity to deepen both countries’ collaboration at the bilateral level and maximise the level of engagement.

“Indeed, the Jamaica/Rwanda relationship is one of kinship, and so we hope to continue to deepen our friendship, in keeping with my Administration’s goal to strengthen engagement with the African continent,” he said.

The Prime Minister stressed that Rwanda is a powerhouse of socio-economic development and advancement, and, like Jamaica, has a level of influence and impact that far surpasses its geographical size.

“Rwanda has overcome unimaginable challenges and it now embraces its rightful place in regional and global leadership. Rwanda’s rise and its status as one of Africa’s fastest growing economies has been achieved under President Kagame’s able leadership, steady guidance, built upon his fight for the country’s liberation,” he said.

Mr. Holness noted that Rwanda is now a model of the true spirit of “umuganda” – the coming together in a common purpose to achieve an outcome – adding that Rwanda is also a practical voice for environmental management and innovation and stands as a shining example in its empowerment of women and girls.

In his address, President Kagame congratulated the country on the launch of its celebrations last evening marking the 60th Anniversary of Jamaica’s Independence, which he said, was “a fitting tribute to the enormous progress Jamaica has made”. 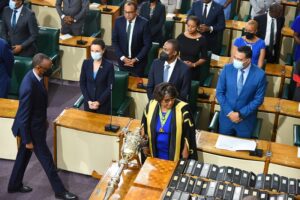 “Independence is a date in history, but it is also a mindset. The power of an anniversary comes from the opportunity to remind a new generation of the struggles that came before. Even more important is upholding the spirit of self-reliance needed to sustain and deepen what has been accomplished in the time since,” he said.

The Rwandan President also expressed the desire to strengthen ties with Jamaica, noting that several Jamaican professionals residing in Rwanda have been making meaningful contributions to the African continent.

“As Rwanda, we are also keen to cooperate with Jamaica much more closely and share experiences in trade and investment, as well as national unity and citizen development. Let’s exchange with each other directly and, thereby, honour the history that joins us, and make it a potent force for practical cooperation in the modern world,” he said.

Leader of the Opposition, Mark Golding; Speaker of the House of Representatives, Marisa Dalrymple Philibert; and President of the Senate, Senator the Hon. Tom Tavares-Finson, also welcomed President Kagame in their remarks.

President Kagame’s visit is intended to deepen bilateral relations between Jamaica and Rwanda. He has the distinction of being the first Rwandan Head of State to visit Jamaica.

Two Time Instagram Winner, Shore Club is again Most Instagrammable in the World

First Responders in TCI to Benefit from UK Assistance 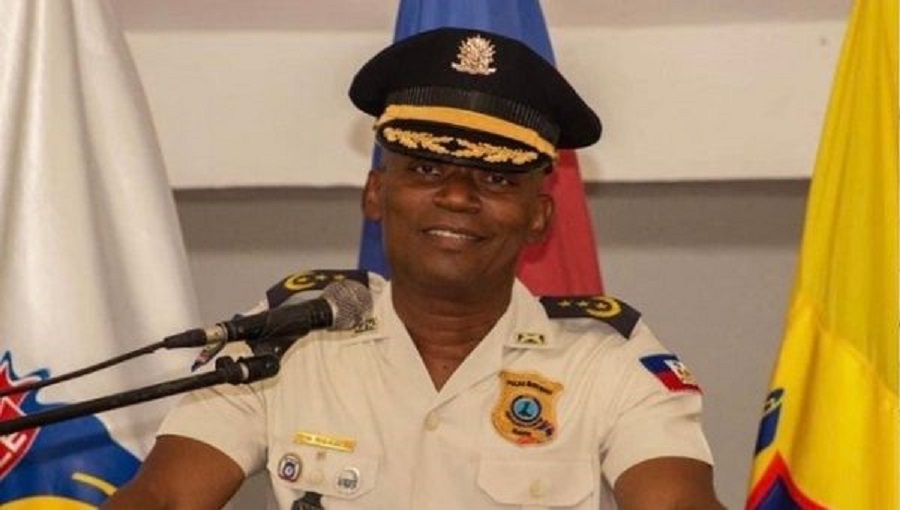 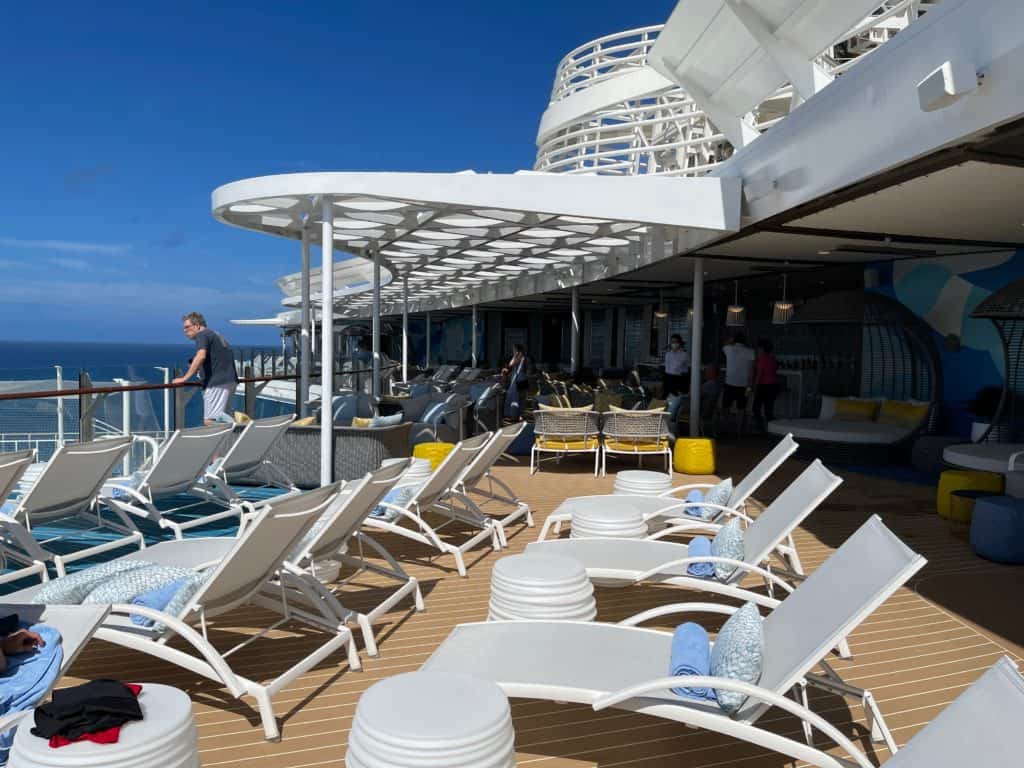 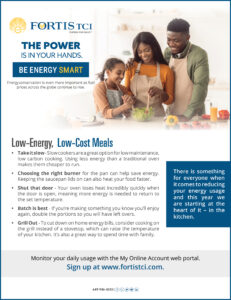 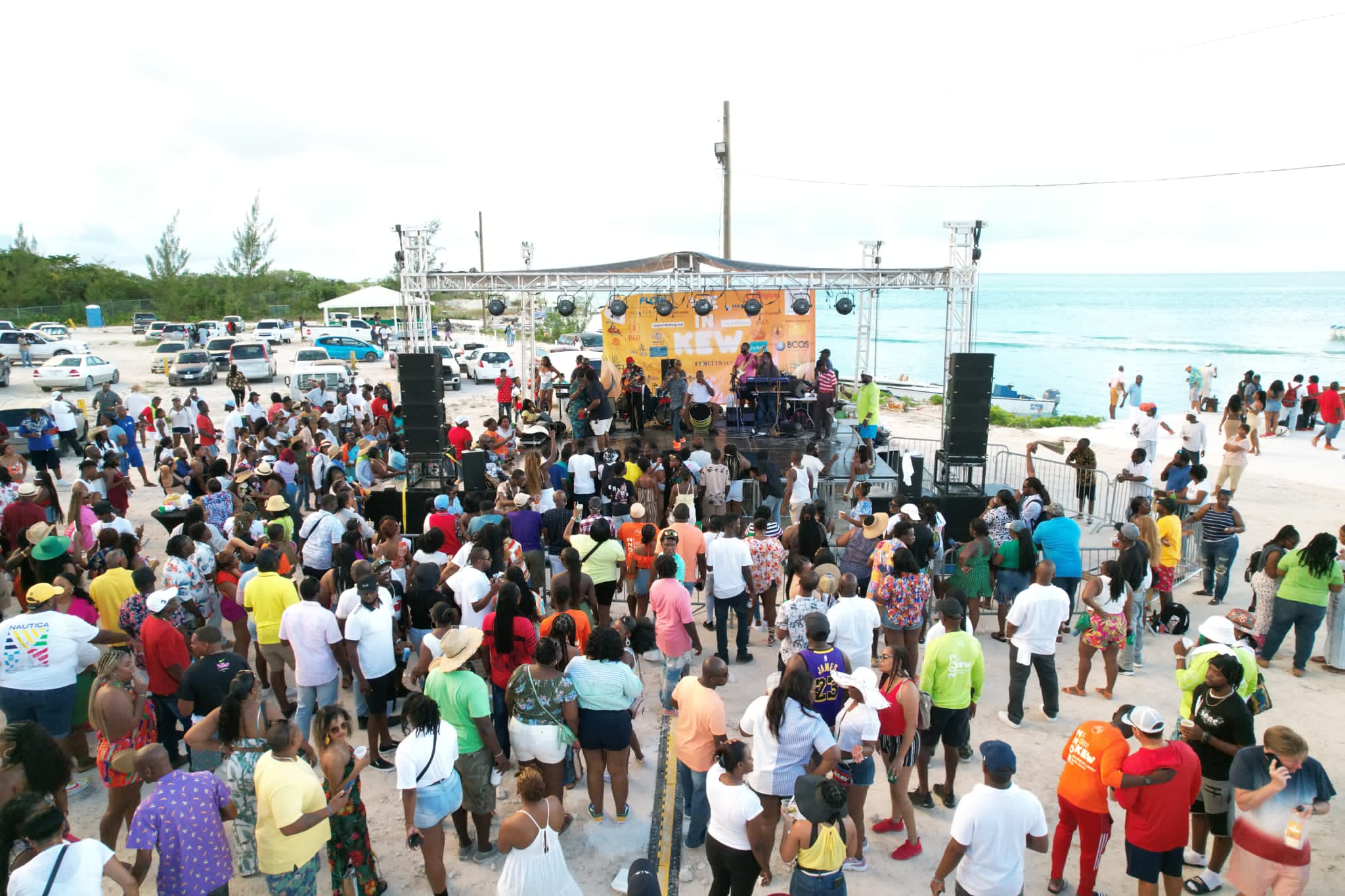 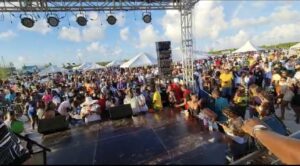 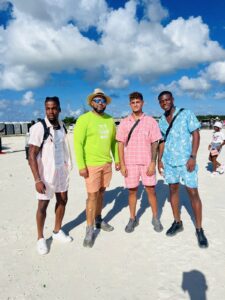