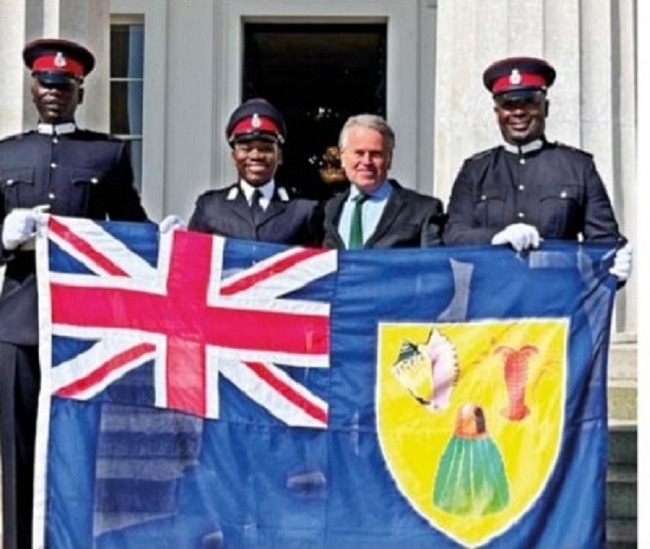 #TurksandCaicos, March 31, 2022 – Over the sounds of screaming and jubilation at their return there is a quiet but fierce determination about the TCIs latest squad of Sandhurst graduates, the same determination they must have carried with them as they left the Turks and Caicos Islands two months ago with little fanfare to take on a military course in the middle of winter.

“Oh my God I must say it was a challenge, physically and mentally.” 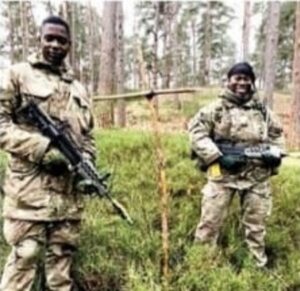 Officer Cadet Jahiem Glinton told Magnetic Media over the sounds of celebration, speaking for himself and his compatriots Earl Henry and Dixie Smith.

Smith, Glinton and Henry trained alongside officers from Britain and the Maldives in a grueling program that tested them in discipline teamwork, endurance and weapon drills.

“It’s a course designed to stress you, so you really have to keep it all together to make it through the course because that’s what they’re looking for, mental resilience and the ability to operate under pressure.”

All the cadets agreed with that assessment and Henry described the strain on their bodies over the two months.

“It was quite a unique experience…I definitely learned a lot. I definitely pushed my body to a unique limit.  I never thought it was possible.” 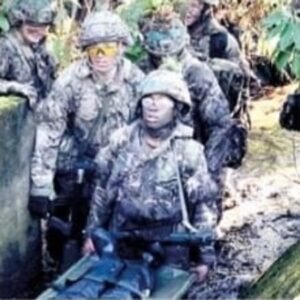 Through the struggle they found solace in an unexpected comrade.

“I consider the governor a very good friend of mine now.” Glinton said.

“He’s such a good person to talk to, he is very relatable and him having been to Sandhurst before us makes it very relatable for us because there are a lot of people who wouldn’t understand the things that we went through but since he’s already done it-gone through Sandhurst – it’s easy for him to relate to us. It was good to have somebody to relate to about those kinds of things.” Glinton explained.

And true to form the governor showed up to support once again, attending the regiments members graduation on Saturday along with Tracy Knight, TCIs London representative and Lt Colonel Ennis Grant.

Officer cadet Dixie Smith who made her name as the first woman to graduate Sandhurst from the Turks and Caicos and the TCI‘s first female regiment member describes the moment she looked into the crowd and got the shock of a lifetime.

”I was so elated when we looked into the crowd, marching past in a very rigid manner and I noticed the commanding officer of the Turks and Caicos Islands regiment and his Excellency the Governor” she continued, “It was like, we have support. Someone is here for us, we are not alone in this, because it was a loooong eight weeks.” She laughed. 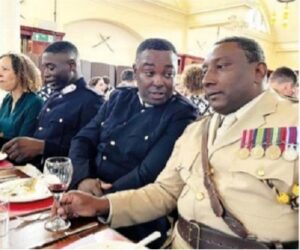 After receiving their honors the graduates found a way to get their flag in hand for a photo op with the governor.

Their arrival in the TCI was celebrated loud and strong on Sunday in a surprise orchestrated by regiment members, family members and Junkanoo band, We Funk.

The three were shocked by the welcome but very appreciative, letting loose were dancing singing in an explosion of joy.

Henry explained the mood of the three when they stepped off of the airplane into the excitement.

“This is definitely a huge surprise. We were not expecting this coming off of eight hours over the Atlantic, we can see that the Turks and Caicos Islands are behind us and we are very excited for the future of the regiment.”