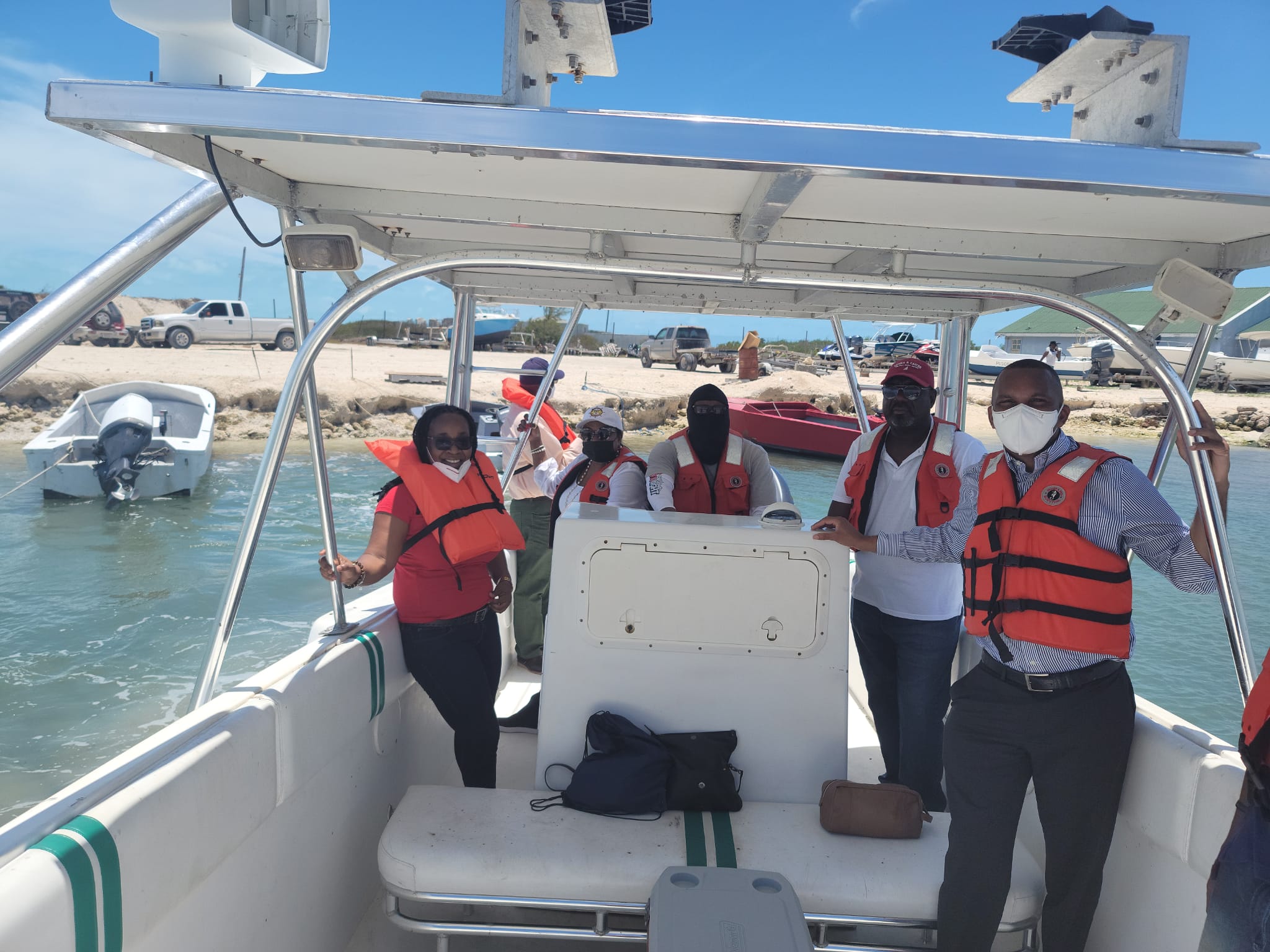 #TurksandCaicos, August 9, 2021 – Three locally based fishermen, who are originally from Haiti will go to court next week to face charges for bleaching in TCI waters; they face a hefty $50,000 or one year in prison or both.

The three men were allegedly caught red handed by a team high ranking officials from the Department of Fisheries Marine Resources Management who were leading two government ministers, namely Deputy Premier E Jay Saunders and Josephine Connolly on a tour of the fishing grounds at the opening of the lobster season on Monday August 2.

Senior Conservation Officer, Idi Gardiner confirmed that the men were using raw bleach to flush out lobsters from their hiding places in the rocky reefs.

Gardiner said in his 18 years of working in the maritime department, he has never seen a bleached reef recover from this illegal and despicable method of fishing.

The men were seen bleaching, they were also witnessed tossing one of the bottles of bleach into the ocean and later a search of their boat turned up a hidden bottle of bleach.  Completely disrespectful of the marine habitat which brings them income and sustains the country’s number three industry: Fisheries.

Shockingly, it unraveled in the face of the Minister – Hon Josephine Connolly – who has to sign the license for foreigners to legally fish in Turks and Caicos Islands.

Again, the three men face a fine of 50 grand, each.

TCI: Leader of the Opposition calling for Second Stimulus