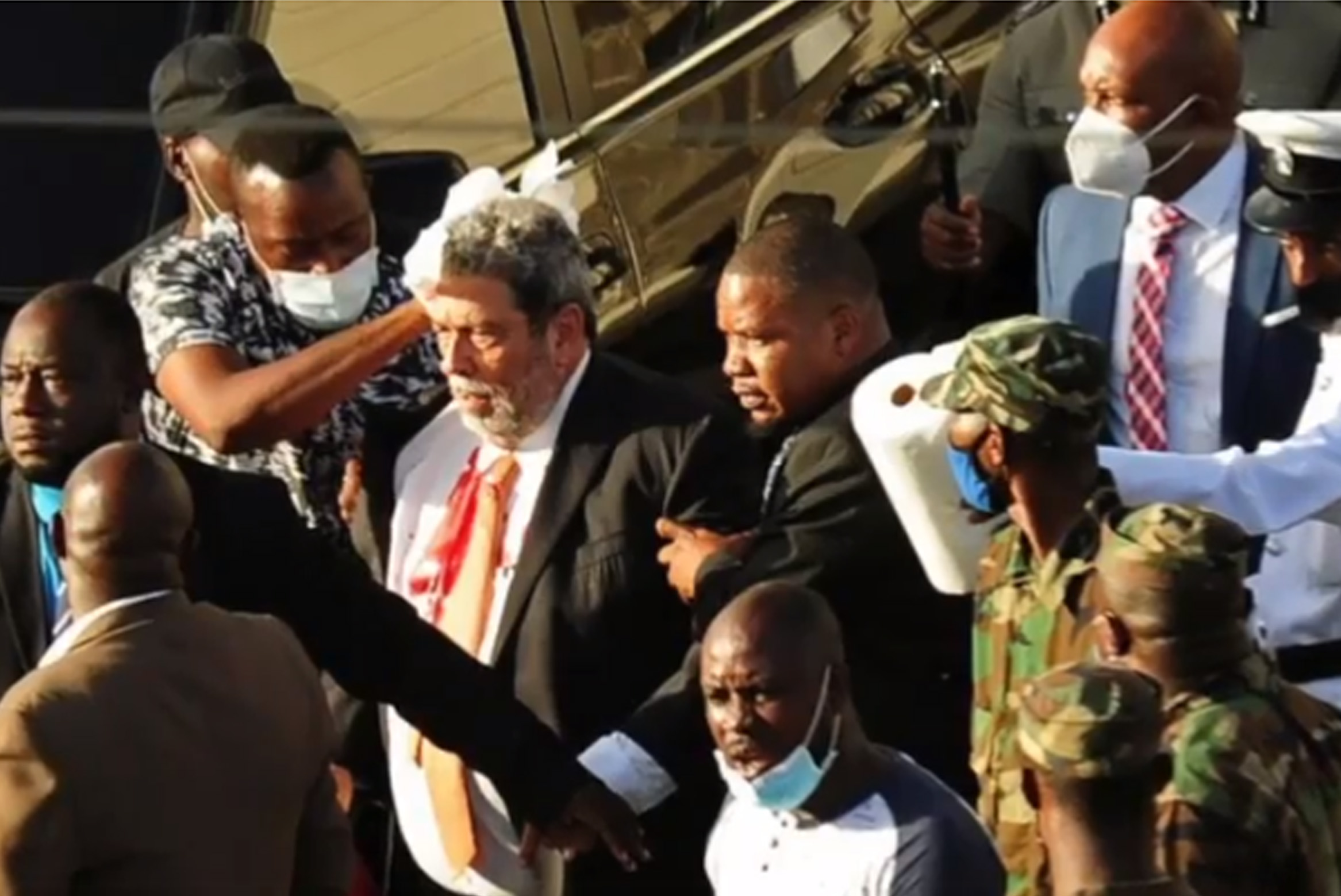 #StVincent&Grenadines, August 9, 2021 – One day after being treated in Barbados at the Queen Elizabeth Hospital for a head wound received in a melee, Ralph Gonsalves, Prime Minister of St. Vincent and the Grenadines said he was still a little “giddy”.

“I still have headaches, when I bend my head down, I still have it, certain dizziness.  Gonna rest up a little while, today, tomorrow, Monday hopefully we will see what happens.”

On Monday, the prime minister wants to again address the nation about the attack which has captured international headlines and which is the second on a CARICOM country leader in a month.  The first resulted in the assassination of Haiti’s Prime Minister, Jovenel Moise.

CARICOM is not taking the attack lightly.

Chairman of CARICOM, Gaston Brown says he is appalled by the physical assault on the Prime Minister of St. Vincent and the Grenadines.

Brown, who is also the Prime Minister of Antigua and Barbuda, says the attack on the Gonzales was serious and almost fatal, and introduction of violence into CARICOM is “shameful and deplorable.”

He says persons responsible for the assault must be brought to justice and stating that there is no place for violence and personal physical assaults in democracies where the rule of law prevails, including the right to protect.

Prime Minister Gonsalves, promised those behind the attack will be exposed. 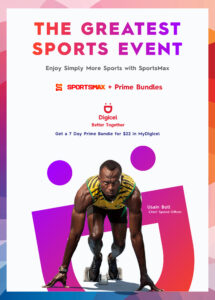 “I will speak later about who I will hold personally responsible for this attempt upon me,” said Ralph Gonsalves from the hospital over national radio; NBC Radio.

The people who need to be condemned are those who instigated and continue to instigate against my personal life.”

Protest erupted in resistance to mandatory vaccine measures for the public sector.  Weeks before, the prime minister said public sector workers who are not willing to take a vaccine to help prevent the spread of the coronavirus (COPVID-19) pandemic will be required to test regularly to prove their status.

“You have to pay for it … you don’t want to take the vaccine, why should we pay for your test every Monday morning? Why don’t you just take the vaccine?” Gonsalves said in a national radio broadcast.

On Thursday afternoon, an angry crowd was protesting near the Parliament, over proposed changes to the country’s emergency laws, where it will become mandatory for the population to be vaccinated.

According to reports, and images on social media, the Prime Minister was hit in the head by a stone, suspected to have been thrown by a protestor.  He was particularly incensed by those who celebrated the attack.

“I am sure the vast majority of right-thinking people are revolted as to what occurred and what had been advised in my view which is completely unacceptable, was that some persons stayed on for a while beating drum and celebrating the attack upon me.”

The 74-year-old has undergone an MRI scan to determine the severity of his injury; after images hit social media of Mr. Gonsalves bleeding profusely.  His white shirt was bloodied.

Many local and international political leaders have condemned the attack on the Prime Minister.

“No group of instigators, no handful of provocateurs or those who are instigating violence, or authority violence against the person of the prime minister and the representative of North Central Winward would be able to subvert the work of parliament or the parliamentary process.”

The Prime Minister of St. Vincent and the Grenadines was on his way to a parliamentary session when he was confronted by a mob; protestors were said to be from unions representing nurses, police officers and other workers.

Parliament carried on with its agenda, said the Prime Minister in his Friday statement.

TCI: Leader of the Opposition calling for Second Stimulus

FortisTCI is ISO Certified in IT Service Management and Information Security