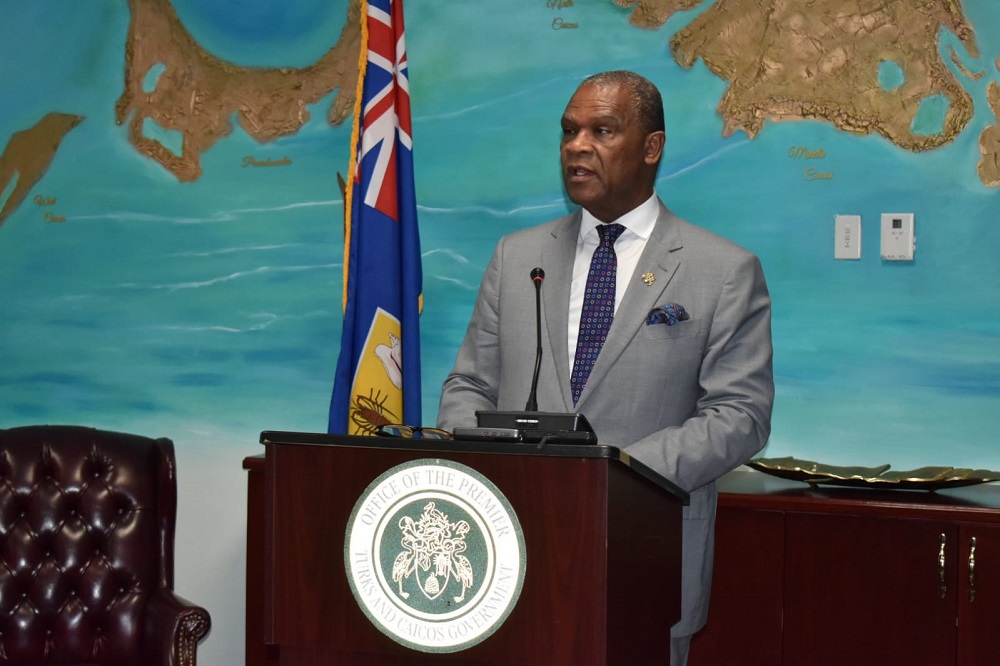 We had hoped at least 323 people would have participated in Magnetic Media’s impromptu survey; a public-fuelled evaluation of the new government and its performance so far.  Five per cent of the voters who turned out at the polls on February 19 would have been a decent-sized sample, we believe, of the performance of the Washington Misick-led PNP Government.

Next time, in 200 days, we will give our audiences an anonymous option.

Nonetheless, our first-time poll attracted 134 participants, the majority of whom were women but just slightly.  Sixty-four men and 70 women returned a letter grade ranging from ‘A’ for Excellent to ‘D’ for Disappointment.

Most of those who responded to the survey gave the now 108-day old government a ‘B’ grade for ‘Very Good’. There were no ‘F’ grades lodged for the Progressive National Party administration.

These were the results of the poll carried out on WhatsApp over two days from May 28 to May 30:

There were 128 people who gave the PNP Government an ‘A’ grade; 156 people returned a ‘B’ grade; 72 participants gave a ‘C’ grade for an ‘okay’ performance so far and 14 say they are ‘Disappointed’ and returned a ‘D’ grade.

The sizing up of the Progressive National Party’s performance after an avalanche of a victory at the national polls, has been a topic of discussions since the party hit its 50th day in office.  The Premier at that time offered his thoughts on his team’s performance.  Soon after the 100th day in office, marked on May 30th, the Premier was talking about two rating; his Government’s and the economy’s.

“It is with great pleasure, that we can say to you today, for those of you who may not have seen it, or read it or be aware of it that Turks and Caicos Islands has been able to retain and improve on its credit rating,” said the Premier, adding, “We have retained our BBB+ Credit Rating (from Standard & Poor’s) with a Positive Outlook.”

The Premier said the visiting team from Standard & Poor’s found that “investors, tourists and the local business community have confidence in this Government and in the Turks and Caicos Islands.  And that is something that I am happy to take credit for,” explained the Premier in a Press Conference held at his Providenciales Office on Wednesday June 2, 2021.

“I was juggling between a B and a C but I will give them a B at this stage.  Mainly because within their first 100 days in office, I believe they have addressed (though not completed) some very serious issued affecting Turks and Caicos Islanders.  Eg, the one-time stimulus that was made easily accessible, the effort to address the overflow of work permit and employment opportunities for TC Islanders and the workshops for local contractors with a view to giving all an equal opportunity to be on Government Jobs; also the reinstatement of pension for Civil Servants,” said a female participant of the Survey, who agreed to us sharing her comments.

She was also forthcoming with comments from members of the public.

“Based on feedback and my own personal experience as to their failure to acknowledge or respond to communication from citizens, I would give them a D.  I didn’t give them an F because I’m sure they respond to some, given the nature of the correspondence, I don’t think they accept criticisms well… EJ has proven that on many occasions.”

The woman, who is a prominent and influential Turks and Caicos Islander added:  “I’ll also give them a D on the Vaccine Drive.  Mainly because they are misleading the public on information given, eg, that the vaccine is the reason the numbers have dropped, that the vaccine will protect you from the virus.”

More men believe the PNP deserved an ‘A’ grade; 22 males and 10 females describe the government’s performance as ‘Excellent’.

More women believe the PNP deserves a ‘B’ grade; 28 females and 24 males support that the Turks and Caicos currently has a ‘Very Good’ government.

Women outnumbered the men in the C grade category; 24 females to 12 males for the ‘Okay’ performance.

However, weighing down the final grade would have been the number of disappointed residents.  Eight women and six men gave the ‘D’ grade.

“It’s very soon in their administration.  I will give a ‘D’.  I am not amused at how they are handling the Covid testing.  I know the numbers are more than they are saying.  Jay needs to be more transparent with us.”