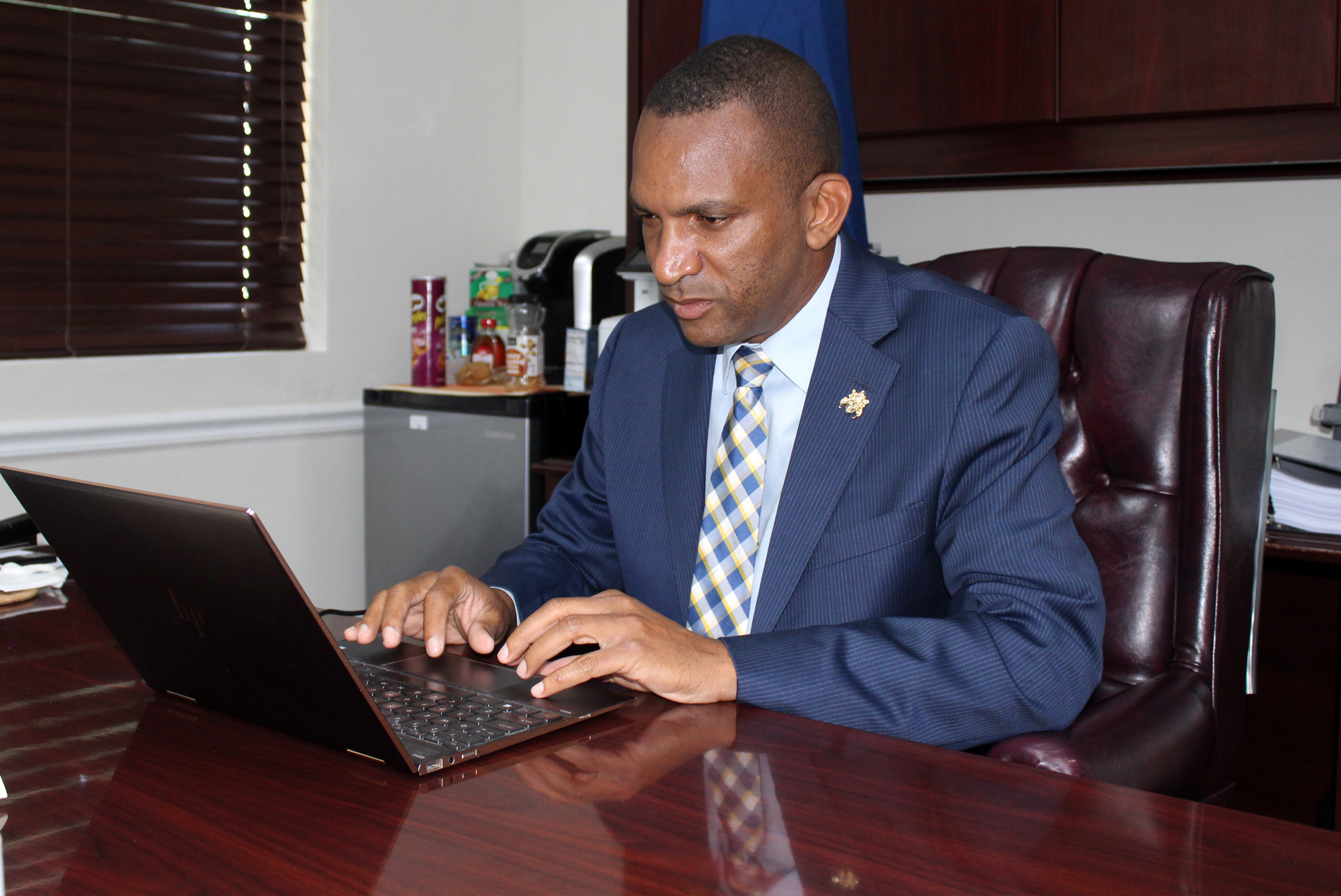 #TurksandCaicos, May 12, 2021 – Following the ministry reshuffle, the Deputy Premier Hon. E.J Saunders is now tasked with transforming the TCI government from paper-based services to e-government with nearly all the essential services accessible online.

Having a strong professional IT background, Hon. Saunders will handle all the government digitization process and a smooth transition to the digital system with the help of other experts.

During the Premier’s 50 days in office press conference, Minister Saunders explained what is done so far in line with the digitization of the government. The Deputy Premier echoed what the Premier had said earlier, that the midway plan would take about two years, without giving the exact time for the project’s completion.

According to Minister Saunders, the systems are built in layers, and service by service. Therefore, there’s no specific date for completion. Hon. Saunders also explained they had started looking at government communications.

The deputy Premier further stated that they have already created streamlined government emails for the members of the House of Assembly and are now looking at statutory boards.

Since government confidential data and documents stored in personal accounts can be vulnerable to cyberattacks, Hon. Saunders said they are moving quickly towards securing government communications and databases, and then start building the systems within a secure system. And within 2 years, the public will start seeing the benefits of e-government.

Earlier, the TCI Premier, Hon. Charles W. Misick assured the TCI people of quick processing of crucial documents such as the driver’s license, police records, and birth certificates as the government converts from a paper service delivery culture to e-government, simplifying the overall process in the era of the digital systems.

Hon. Misick also reassured that he had an extensive conversation with the UK’s Foreigh Commonwealth & Development Office to help get the digital government service delivery systems up and running as quickly as possible.

“We’re currently assessing the IT systems, structures, and inventories of Turks and Caicos government and statutory bodies to determine the best way forward.  In March 2021, for example, the revenue department launched its online business license application and renewal process. Work is ongoing to merge the compliance and collections activities of NIB and NHIP as the first candidates of the TCI integrated government platform,” said Hon. Misick.

According to the Premier’s speech on the achievements made within 50 days in office, $3.5 million has been allocated for the software and technical team for the new ministry tasked with digitizing the government.

When asked how long it would take for the digital system to take effect, Deputy Premier, Hon. E.J Saunders, who is in charge of the new digital ministry, said the new system would have most of its parts fully functional in about two years down the line.

The Deputy Premier also promised that they’re working on Covid-19 vaccination smart card with unique personal identifiers and wouldn’t require lamination with the current cards that were rolled out pretty quickly.