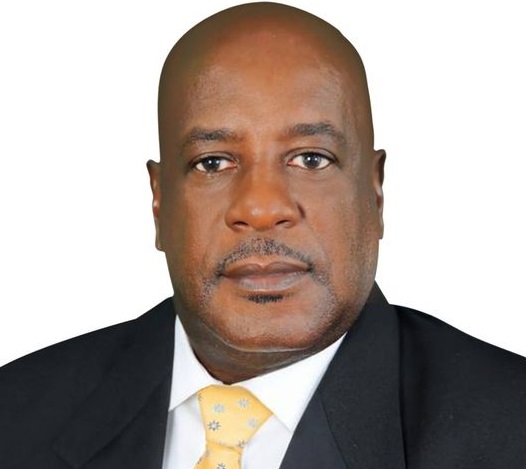 #TurksandCaicos, April 12, 2021 – A local daily in the spotlight for publishing “misleading information” concerning an illegal immigrant seized by the Royal Turks and Caicos Islands Police Force- Marine Division while aboard a boat in TCI waters in the Northwest Point area of Providenciales on 8th January 2020.

According to the Minister, the true account of how events unfolded after the arrest of the controversial Syrian is contrary to the information and alleged “wild” claims that Turks and Caicos Islands is ” part of an organised international human smuggling network.”

“To set the record straight, here are the facts as I know them: On 8th January 2021 around 8:23 am, members of the Royal Turks and Caicos Islands Police Force- Marine Division found a boat in Turk and Caicos Islands waters, in the Northwest Point area of Providenciales, with just one person on board, at the time,” Hon. Musgrove’s statement clarified.

“It would later be determined that the boat, which entered the TCI illegally, would have had a total of twenty-five (25) persons on board, including twenty-two (22) males, of which Mr Moin Alhashash, was one and three (3) Haitian females, ” he added.

According to the Minister of Immigration, Registration, Labor & Employment Services, Mr Moin Alhashash, a Syrian national, had spanned 14-months in Haiti, where he learned to speak Creole fluently. Of course, it was the same language he spoke during an interview through an interpreter.

The Minister further revealed that Mr Moin’s stay in TCI was inadvertent as he had paid the captain of the Haitian sloop four thousand (US$4,000.00) dollars for his journey to Miami Beach in Florida, USA. After his arrest by officers from the enforcement unit, he was charged with “Unlawful Entry” under the Immigration ordinance after pleading guilty to the offence.

The claim of many “unlawful detentions” by “The Sun” is not true, even though there could be a few errors in the entire process of handling the offender (Mr. Moin).

“I hasten to add that the contents of the story are somewhat misleading in a certain respect and paints a distorted picture of my Immigration Department and staff. The flagrant allegations of abuse of statutory power are regrettable,” read part of Hon Arlington Musgrove’s press release.

However, the Minister did not rule out the possibility of errors during the process as the immigration staff are not infallible.

“The Immigration authorities are not infallible and have made some mistakes, but endeavour as much as possible to keep their processes and operations within the four corners of the law and do not believe themselves to be a superior force entitled to operative above the law,” said the Minister for Immigration.

“It must be noted contrary to assertions made that the Immigration Authorities take seriously any matter of detention and fully understand the constitutional implications of prolonged or any detention,” the statement read.

While the article deemed the detention process illegal, the Standards used in the TCI immigration department have been compared to the world’s best standards and mirrors those of the UK.

Additionally, Hon. Musgrove stated that the Sri Lankan matter should not be used as a yardstick to measure the Immigration Department’s competence to adequately manage unlawful immigrants’ entry, their detention and eventual removal from the Turks and Caicos Islands.

The Sri Lankans situation was unique and complex and presented its peculiar challenges, which necessitated the assistance of specially trained investigators. Finally, Musgrove warned those staying in TCI illegally to leave or face the consequences.