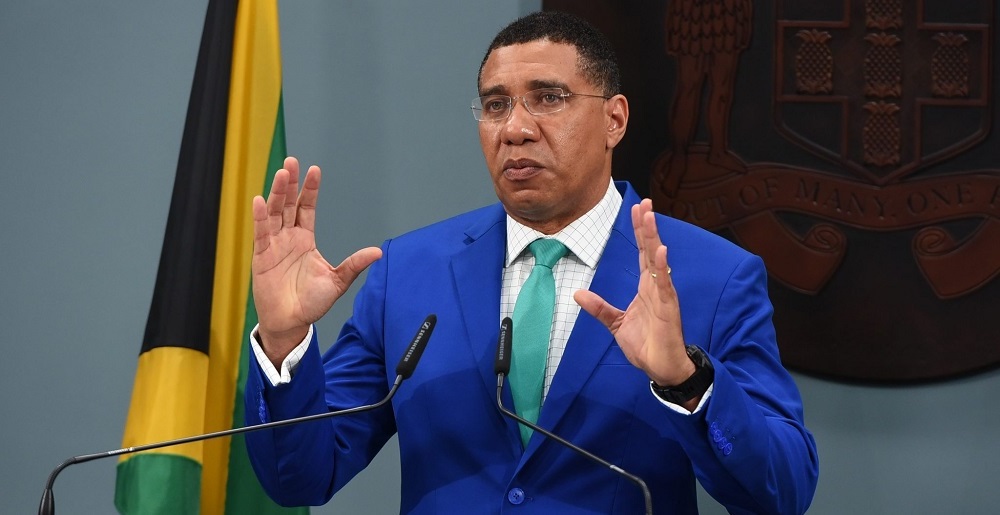 #Kingston, Jamaica, April 21, 2021 – Prime Minister, the Most Hon. Andrew Holness, is among two Caribbean Heads of Government who have been invited to attend the virtual Leaders Summit on Climate, which will take place from Thursday (April 22) to Friday (April 23).

United States President Joseph Biden, who is hosting the summit, invited 40 leaders from around the world, including Mr. Holness and Prime Minister of Antigua and Barbuda, Gaston Browne, to participate in the event as key voices in the climate fight.

According to a US Department of State release, the invitees include those countries that have demonstrated strong climate leadership, are especially vulnerable to climate impacts, or are charting innovative pathways to a net-zero economy.

The document further noted that the summit is aimed at “setting the world up for success on multiple fronts as we work to address the climate crisis, including emissions reductions, finance, innovation and job creation, and resilience and adaptation”.  It also stated that the summit is a key milestone on the road to the United Nations (UN) Climate Change Conference (COP26) this November in Glasgow and is designed to increase the chances for meaningful outcomes on global climate action at COP26.

In addition, the summit will reconvene the Major Economies Forum (MEF) on Energy and Climate, a U.S.-led initiative that brings together 17 countries responsible for approximately 80 per cent of global emissions and global gross domestic product (GDP).

The primary objective of the summit is to encourage the world’s major economies, and especially the original members of the MEF, to enhance ambition to keep the goal of limiting warming to 1.5 degrees Celsius within reach.

“The United States seeks to engage all countries to explore areas for cooperation on addressing the climate crisis. The summit is only one of several major climate-related events in the run-up to COP26…  We look forward to working with governments around the world to raise the level of global ambition to meet the climate challenge and welcome public statements from all governments in support of the summit’s objective of enhancing global ambition on climate change,” the release stated.

The key themes of the summit include galvanising efforts by the world’s major economies to reduce emissions during this critical decade to keep the goal of limiting warming to 1.5 degree Celsius within reach; mobilising public- and private-sector finance to drive the net-zero transition and to help vulnerable countries cope with climate impacts; and the economic benefits of climate action, with a strong emphasis on job creation, and the importance of ensuring all communities and workers benefit from the transition to a new clean-energy economy.

Other key themes will look at spurring transformational technologies that can help reduce emissions and adapt to climate change, while also creating enormous new economic opportunities and building the industries of the future; and showcasing subnational and non-state actors that are committed to green recovery and an equitable vision for limiting warming to 1.5 degree Celsius, and are working closely with national governments to advance ambition and resilience.

Another major theme will involve discussing opportunities to strengthen capacity to protect lives and livelihoods from the impacts of climate change, address the global security challenges posed by climate change and the impact on readiness, and address the role of nature-based solutions in achieving net zero by 2050 goals.

All sessions of the summit will be streamed live on www.state.gov/climatesummit, whitehouse.gov, and YouTube. The US government will provide simultaneous interpretation in English, Arabic, French, Mandarin, Russian, and Spanish.