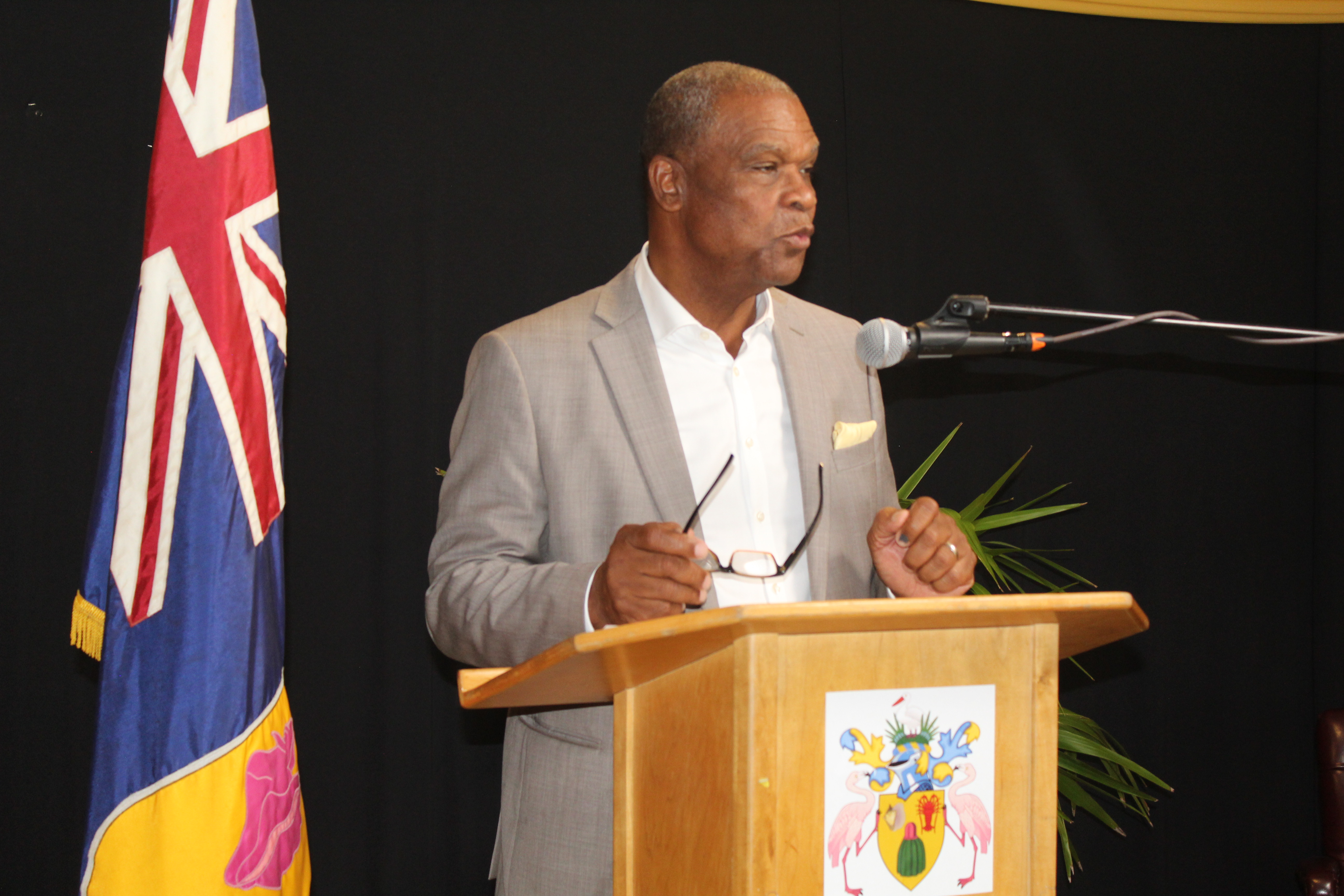 #TurksandCaicos, March 3, 2021 – The epic defeat of the former People’s Democratic Movement administration was a colossal party failure and a cold protest on its contract performance. With a win of 14 seats to 1, the glaring error of the former Government remained inevitable.

On the other hand, the overwhelming majority vote on February 19 by the Turks and Caicos Islands’ good people sent across a message of support, trust, and confidence in the now governing Progressive National Party (PNP).

On the day the landmark election victory was announced – February 20, 2021 – the former TCI minister assured the Turks and Caicos people that he would not let them down. Speaking from the Progressive National Party’s headquarters, C. Washington Misick vowed to “rebuild the country block by block.”

“On behalf of the incredible PNP team, I thank you from the bottom of my heart for the faith and trust that you have placed in us. You have signed our contract with the people,” said Misick in his well-composed statement.

“You have given us the mandate to work on your behalf to rebuild the Turks and Caicos Islands.

“I promise that we will not let you down. It was a hard-fought contest,” he added.

The two-time leader also extended an olive branch to their competitors, vowed to govern for all, and called for unity to build better Turks and Caicos Islands.

“To the leadership, members, and supporters of the PDM, I know you are disappointed. My team and I extend a hand to you.

“The elections are over. Today, we are no longer dueling parties; we are team TCI. We will govern for all, and we need all-hands-on-deck for the work that is ahead,” the former chief reassured the Islanders.

Without hesitation, the former chief echoed the promise they made to the Islanders as a party on their 16th October 2020 re-election campaign launch.

“My fellow Islanders, we embrace this massive victory with humility,” he said.

“We are ever conscious of the difficult task ahead to deal with the ravages and risks caused by Covid-19, take care of our people and rebuild the economy,” he added.

“You have called upon us to ease the burdens and the pressures of increasing poverty, unemployment, the worsening standard of living, and crime.

Our mandate is to turbo-charge the economy; create jobs; cut the cost of living; provide quality healthcare and education; make a more secure TCI; invest in our future through agriculture, environmental protection, and infrastructural development; give our young people a chance for a better life and restore hope,” he continues as his speech resonates with the electorates who voted for change.

Misick also promised a warm partnership with the businesses and fair policies that would promote a better business environment.

“With new legislation making it easier to do business and innovative policies and programmes, we will unleash the boundless creativity of our people.

“Together, we will rebuild the country block by block,” said Misick.

As he wrapped up his speech, the two-time elected chief promised a transparent government allowing the media and the public greater access.

“The people of the TCI have elected us to lead, and we will lead. “We must, and we will take responsibility for our society, and we must be responsible to our people.

“There will be more transparency in Government. The media and the public will have greater access,” reassured Misick.

The landslide win was a resounding assurance that the people of Turks and Caicos had given the PNP administration a 4-year term of great work, with a cue of 14 elected leaders to materialize their manifesto.