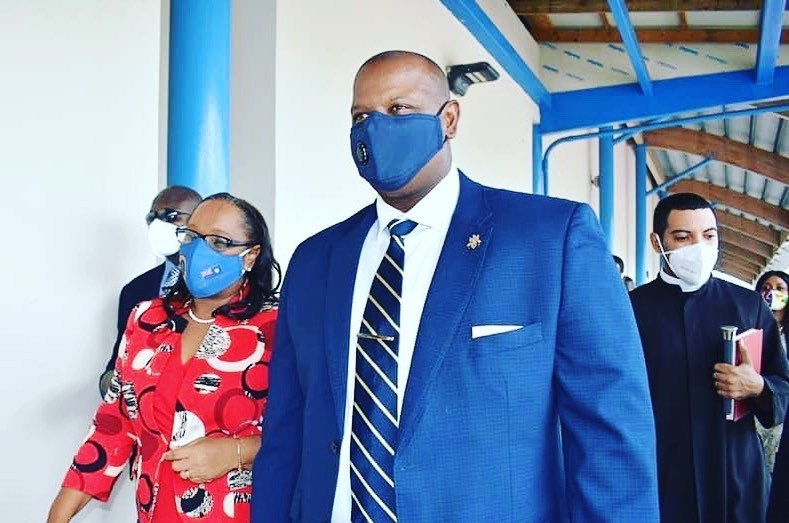 #TurksandCaicos, March 25, 2021 – “I was made aware of a WhatsApp message circulating in regards to Hon. Camillo Gonsalves, Minister of Finance, St. Vincent and the Grenadines, address in his Country’s Parliament that 200 Vincentians are to be hired for Sandals Resort in TCI and this is scheduled to occur in June/July of this year. Subsequent to Hon Musgrove’s response on this matter I have been contacted by a number of concern citizens seeking clarity of the PDM’s position on this.

When the PDM was elected in December 2016, there were no arrangements with Sandals/Beaches during our years as the Government to allow this Program; Not during my years as Minister of Border Control and Labour and not during the years the Ministry of Immigration, Citizenship, Labour and Employment was vested with the Hon. V. Delroy Williams.

On July 23, 2020 the Minister of Immigration, Citizenship, Labour and Employment reminded the general public that all persons whose work permits were not renewed or cancelled must leave the country. There were reminders of this over the next few months as persons were also reminded to register as unemployed in order to get first preference for jobs when they became available.

The across the board restriction on first time work permits, and the reminder for persons who were no longer work permit holders to leave the country was critical, because we as a Government were cognizant that there was significant economic fallout due to this pandemic. We recognized there were many Turks and Caicos Islanders in need of employment opportunities and they should not have to compete with work permit holders for the same opportunities.

While cross training can be beneficial, this arrangement, especially at this current time, should be reviewed closely to ensure it is beneficial to Turks and Caicos Islanders currently working in in the hospitality industry, and those TCIs who are currently seeking employment in the industry.

We believe that as the country continues to restore its economy, Turks and Caicos Islanders should be able to fully capitalize on all job openings and the 100% service charge implemented by the PDM Government.

The June/July 2021 timeline, these 200 persons are anticipated to arrive , as stated by Hon. Gonsalves, is around the same time when many of our students will be graduating from high school and university. Therefore, in addition to Turks and Caicos Islanders who are currently unemployed and underemployed, we will have recent high school and university graduates that will be seeking employment.

Where possible Beaches Resort TCI should fill those 200 available positions with Turks and Caicos Islanders.

I strongly suggest that the Government carries out a country wide employment registration drive to fully capture all Turks and Caicos Islanders who employment status has changed since the onset of this pandemic.  This should also be done in tandem of reviewing the Business Staffing Plans of companies to ensure Turks and Caicos Islanders are placed in positions which allows for upward mobility.

I also note the public statements from those in official quarters stating that this arrangement was agreed by the former PDM Administration and call on the PNP Government to publicly release any and all Agreements with Beaches as it relates to Immigration matters. The public has a right to have full clarity in this matter. In addition, I call on the PNP Government to fully clarify the contradictory reports given by Beaches who stated that it was working out the details with the new government and the Hon Minister Arlington Musgrove who says he will call a Meeting. There is an urgent need for full transparency and clarification on this matter.”

TCI: ﻿ELLINGTON BEEN CHARGED AND REMANDED FOR FIREARM OFFENCES