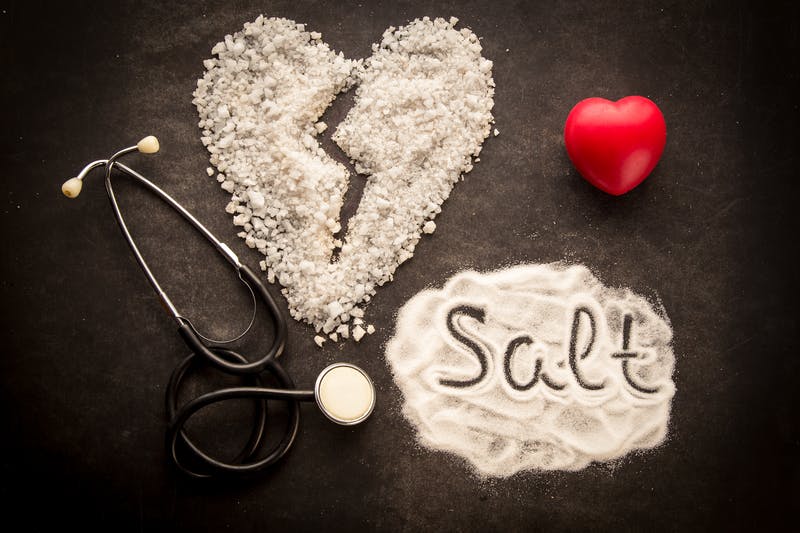 Port of Spain, Trinidad and Tobago. 11 March 2021. “The use of excessive sodium in our diets can lead to non-communicable diseases (NCDs) and their risk factors such as hypertension or high blood pressure, stroke and coronary heart disease,” stated Dr. Joy St. John, Executive Director at CARPHA, in observance of World Salt Awareness Week.

In Latin America and the Caribbean high blood pressure rates are among the highest in the world. In CARICOM Member States the prevalence of high blood pressure/hypertension for adults ranges from 20.9% in Bahamas to 27.1% in St. Lucia[1].

Salt reduction is one of the most cost-effective measures to lower the rate of heart disease and other NCDs.  The Caribbean is well known for its high dietary sodium consumption both in processed foods and as a result of added salt during cooking and at the table. The average salt consumption is 9 -12 grams per day, which is twice the recommended amount[2].

The World Health Organization (WHO) recommends consuming less than 5g/salt or 1 teaspoon (<2g of sodium) per adult per day, from all sources.  Lowering sodium use in children’s diets today can help prevent heart disease later in life, especially for those who are overweight.

Initiatives to reduce sodium consumption in the populations of the Region are therefore high on the agenda as a critical aspect of cardiovascular disease prevention and control.  To address this problem of excessive sodium consumption, CARPHA developed a Regional Framework for Sodium Reduction in Populations to guide national strategies for the reduction of sodium intake.  This framework envisions a healthy and vital Caribbean people where their average sodium intake falls below the current global target of 5g per day for adults and even less for children.

Kids Can Cook Too produced by CARPHA provides recipes with little or no salt.  CARPHA has also developed a 6-Point Policy Package where a major component is the implementation of Front of Package Labelling so consumers can be empowered to make healthful food purchasing choices.

This year, the Caribbean Public Health Agency joins forces with the regional and international communities to observe World Salt Awareness Week which takes place from March 8 to 14 with the slogan: “More Flavor, Less Salt!”, and share the progress made by the Region.

CARPHA encourages you to use more flavor, but less salt, when cooking.  Instead of salt try using fresh herbs and seasonings.  Ask for less salt next time you eat at a restaurant.  The reduction of salt in processed foods, coupled with mandatory nutrition labelling are part of the dietary considerations that have to be implemented.  We urge governments and the private sector to create supportive environments to enable lower salt options to be provided, implement front of package labelling to provide easy-to-read-and-understand information for consumers, and reformulate food products to contain less salt.

Obesity Levels in CARICOM Countries Are the Highest Compared to the Rest of the World, And Alarmingly High in Our Children