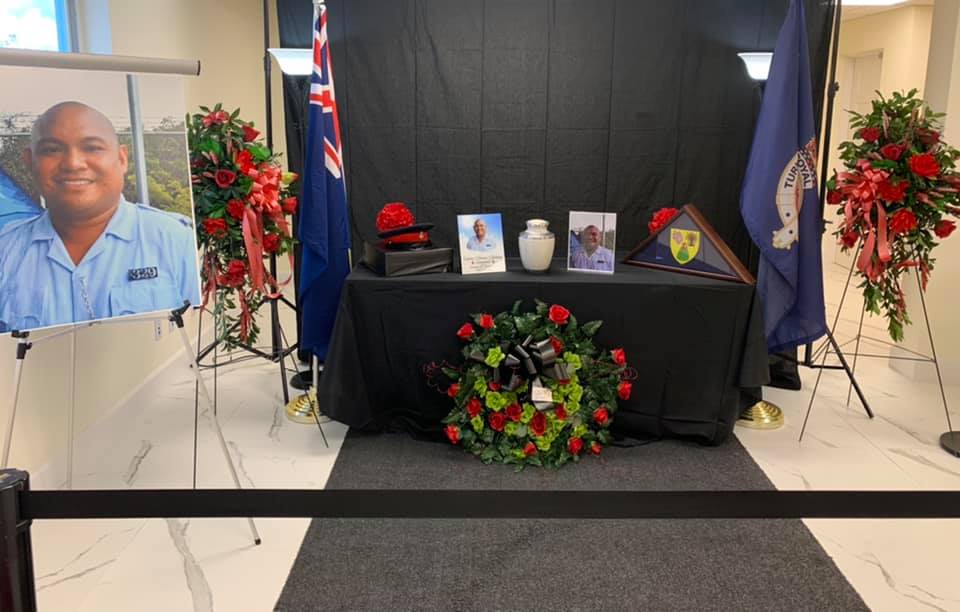 #TurksandCaicos, February 19, 2021 – Soon, he will be headed home and tragically not in the way he came from the Philippines to the Turks and Caicos Islands.  Police Constable Cydric Balanag was one of six people who have died this year from the ravages of the coronavirus pandemic.

On January 16, 2021 with a medical evacuation waiting to airlift him to urgent care; Balanag collapsed and the team at TCI Hospitals was unable to bring him back.  His death was later ruled to be caused by COVID-19.

Over the Valentine’s Day weekend, PC #329 Balanag was remembered at the Headquarters of the Royal Turks and Caicos Islands Police and at his church, Our Lady of Divine Providence Catholic Church.

A police statement informed:  “Colleagues and dignitaries visit the Police Headquarters today, February 12th, 2021 to briefly pay their respects to PC #329 Cydric Balanag who passed away on January 16th, 2021.

Restricted to immediate family, colleagues and dignitaries the memorial began at 1:00 p.m. and will continue to 4:15 p.m. to avoid a large gathering.”

Among those paying final respects was the territory’s governor, His Excellency Nigel Dakin.

A day later, there was the mass.

“Memorial Mass for PC Cydric Balanag at Our Lady of Divine Providence Catholic Church on Providenciales.”

Officer Balanag was flown to Jamaica, where he was cremated.  He leaves behind a wife and daughter, who had announced plans to return to the Philippines with Cydric.