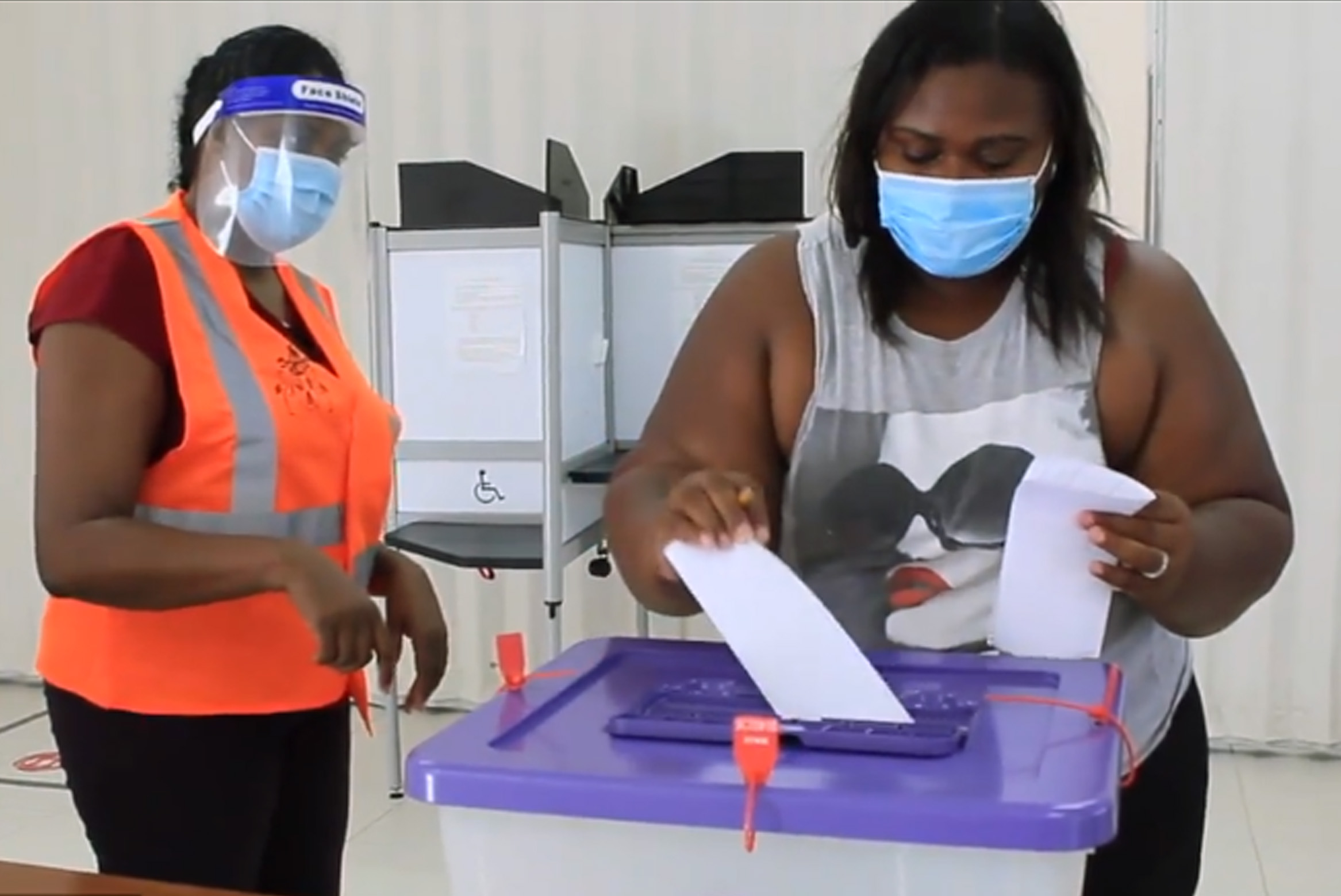 #TurksandCaicos, February 17, 2021 – There are nearly 900 or 11 percent more voters registered to participate in this upcoming general election and there are many more votes up for grabs, at least 5,000, due to a reduced number of political parties contesting in the 2021 national poll.

Historically, governance in the Turks and Caicos Islands volleys back and forth between the two main political engines:  the People’s Democratic Movement, PDM and the Progressive National Party, PNP.

Once again, the All Island district is a formidable race with five individuals nominated per party and eight independents offering At Large.

With no PPP or PDA in the picture, and if voter turn-out remains in the 80 percent range, there are  literally thousands of votes available to the candidates hoping to be among the five most popular.

Leading the All Island candidates for two consecutive general elections was Sharlene Robinson; who in 2016 became the country’s first woman premier.  Robinson, as PDM leader drew 3,204 votes; which was actually 223 votes less than the previous run off in 2012.

Robinson also outdistanced the second finisher in 2012 by more votes than in 2016, where Josephine Connolly was within five votes of the popular Sharlene Robinson.  In 2012, Rufus Ewing was second popular and was bested by Mrs. Robinson with 175 more electors giving her the nod.

In 2016, Josephine Connolly, now starring on the PNP ticket after defecting from the PDM, had lost very little ground with 3,023 votes recorded in 2012 and 3,019 votes in 2016; a mere four point difference.  It reflects a steady showing for Connolly, who is striving for a third term in office.

Hugely popular Derek Taylor slumped between 2012 and 2016 by 451 votes.  Taylor, a former chief minister secured 3,191 votes in 2012 and 2,740 electors supported him in the 2016 election.  The question is, does this senior statesman have what it takes to cross the finish line in at least fifth place to serve again?

Karen Malcolm comes from a mighty clan and this kind of national popularity is believed to have been the main impetus for her in a cushy fourth place overall for All Island in 2016.  It was Malcolm’s first bid for elected office as a PDM candidate, earning 2,725 votes.

The 2016 fifth All Island Candidate was one of four PNP members who held onto a seat after a crushing defeat to the PDM on December 15 that year.

Also a former chief minister, Washington Misick suffered a steep fall in popularity securing 772 less votes in 2016, than in the previous election where he was well over 3,000 votes.  Barely getting through with a mere 21 votes over the sixth place finisher, Misick assumed Leader of Opposition business in the House of Assembly with the resignation of Rufus Ewing as PNP Leader.  By 2019, the Progressive National Party returned C. Washington Misick officially to the helm.

Noteworthy for the PNP is that two of the former independents, who between them secured over 2,400 votes are at the forefront of the 2021 General Election campaign.

Jas Walkin is the PNP’s Campaign Manager; in 2016 Walkin had support from 834 electors.

Michael Misick, former premier for the PNP had 1,629 voters cast ballots in his support of his bid, though he was embroiled in a corruption trial.  The trial, due to the passing of Justice Paul Harrison earlier this month, is on shaky ground.  Its future will be known by March 1, 2021.

As for which political party will claim victory and steer the Turks and Caicos over the next four years, that is difficult to say.  Grassroots members from both sides contend it will be a landslide in their party’s favor, laced with upsets and shockers.

Swing voters and more neutral observers agree that it will be a tight race which is threatened both by possible voter apathy and fears linked to Covid-19.

Turks and Caicos general elections are Friday February 19; polls open from 7am to 9pm with times varying based on island and one’s category as voter.