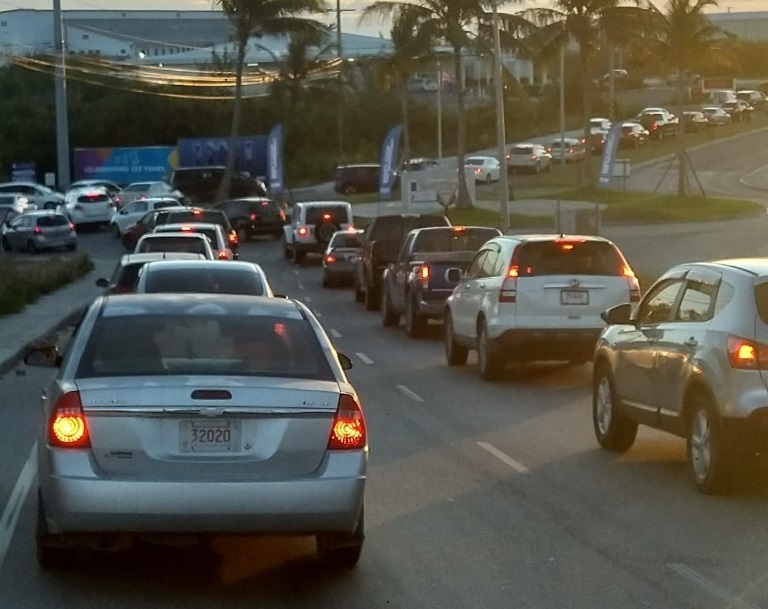 #TurksandCaicos, February 11, 2021 – There are around eight constitutional freedoms which the public has given up in the name of public health protection and patriotism.  The governor and the government have been allowed to maneuver these freedoms in a way that it mitigates and marshals the spread of the deadly coronavirus.

Criticisms have been that many of these decisions lacked consultation, creativity and consideration.  Early on, enforcement lagged as rules and regulations had to be created and manpower had to be recruited.  When the protocols for enforcement did come, the decision was to create a ticket system.

It was soft then.  It is way too soft now.

While there have been a decent number of tickets issued by the Task Force and Police Force; including those in the amount of $5,000 to businesses breaching closure, face mask and capacity regulations; these have hardly served as a deterrent and cases are rocketing with six people dead in under a month.

It has been said on national platforms by Edwin Astwood, TCI Minister of Health, that the cases we are experiencing in 2021 are the result of poor decisions and large gatherings over the holiday season of 2020.

There were outbreaks across government facilities including at the Prison which led to the Police Department becoming contaminated.  The TCI Hospitals in both Providenciales and Grand Turk experienced a cluster, which mushroomed.  At least two hotels  were cited as having had outbreaks and by the first week of January, the TCI regressed.

The US Centers for Disease control placed the country back at Level 4; a hard won victory clawed back by the health regulatory agency and a risk rating which guided the US State Department’s decision to also give the Turks and Caicos, a Level 4 Travel Alert, this month.

The parties which were fun at Christmastime had now become deadly in the New Year.

Three women, including two who passed away between Tuesday and Wednesday and three men, including a serving member of the Royal Turks and Caicos Islands Police Force are all dead.

The precious members of our society are dead and gone after being infected with Covid-19, which is suspected to have spread across the islands following “ill-advised” shindigs which continued into the second week of January.

Hindsight is 20/20 vision they say and it is certainly worth noting that the ‘bad move’ may have come when the Turks and Caicos Government decided to relax measures during the holiday season, despite clear trends of a rise in coronavirus positives as a result of residents returning from travel already infected.

The fact was shared in December 2020 by Dr. Nadia Astwood, the country’s Chief Medical Officer.

Unlike many other, more cautions jurisdictions, the Turks and Caicos lifted the curfews and business closures on New Year’s Eve from midnight to 2 a.m.  Giving party-goers a no-holds-barred  license to gather for long periods of time, likely in cramped quarters, without masks or physical distancing on what is the biggest party night of the year.

The fines were no deterrent.

The public has given the Government the power to curb the infection rate, save lives and protect the economy by withholding civil liberities.  With that power, the Government is expected to use every resource possible to apprehend anyone or short-circuit anything which is causing an upset to life.

That has not yet happened.

To questions on whether technology is being used; the answer is no. CCTV cameras are left to record vacant roadways and not employed in the contact tracing process.

It was not only admitted that contact tracing is a dismal effort but people doing the work are either being abused or described as not at all vigilant.

To queries on instituting tougher penalties like criminal charges and prison time; the Minister of Health has informed this is under consideration.

The mobile app touted in the earlier days of the pandemic never came and no one explained why.

To the restrictive measures being announced, every fortnight now, there is no evidence of ‘science’ being used to substantiate decisions being made.  At this point, the Turks and Caicos Cabinet – which has enjoyed an uninterrupted full salary – appears to have developed amnesia about what the people of this British overseas territory are entitled to as a democratic society.

Instead, the vast majority of people are distressed by limited financial support from Government; by limited personal income due to the crippling regulations; by the impact of Covid-19 on their children’s educational and emotional development and their own state of mind given the fear of the virus and the trepidations which linger as the country begun roll out of the vaccine.

The fear of offending relatives, friends, co-workers, millionaires, celebrities, big businesses and voters has hampered a more direct dealing with those who breach regulations to the detriment of the country.

Economic activity is therefore held hostage by a few.  Public health is therefore threatened by a few.  Return to some semblance of a regular life for children is therefore stolen by a few and allowing it, sadly, is our Government.

We need to criminalise Covid-19 public health infractions.  We need to put people in jail who take these life-saving measures lightly.  We need a Government which will demonstrate it respects what we have allowed in setting aside constitutional rights in order for them to protect us and the lives we have built.

It has got to be a crime for people to do this much damage to our beautiful by nature, Turks and Caicos Islands.

And it has got to stop; the treatment of law abiding, decent and patriotic residents who often find themselves the scapegoat, suffering in silence while the reckless minority get away with causing people their good health, their good money, their good loved ones and our good life.

CAPTION: Traffic Clog:  A long ride home for residents of Providenciales on day one of a seven-day curfew which begins at 6pm and ends at 6am daily.  The snap measure to curtail COVID gave residents little time to prepare and that meant long queues at food stores, water depots and on the highways as thousands of residents in hundreds of motor vehicles tried to get home in the one hour between getting off at 5pm and being at home by 6pm.