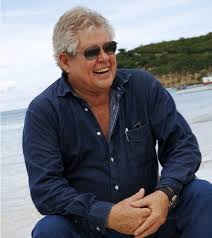 #TheBahamas – January 5, 2020 – I was shocked and saddened this morning to learn of the passing of the late great pioneering Caribbean tourism champion, Gordon ‘Butch’ Stewart.  Only then did I recall that I had not received my usual Christmas telephone call from the always warm, cheerful and upbeat hotelier.

Butch had made it his custom to telephone Christmas cheer to me every year since our first meeting in St. Lucia in 1992 shortly after my election to office as prime minister for the first time.  There, he gave me the grand tour of his new hotel acquisition “La Toc” and outlined how he proposed to transform the resort into one of his signature five-star all-inclusive hotels.

It was early days in the creation of his highly acclaimed all-inclusive hotel chain. I encouraged him to come to The Bahamas where he already owned land in my constituency and where he purportedly proposed to develop a Sandals Resort.

He promised to come.  I was to learn that Butch’s word was his bond.

He came to The Bahamas.  He never built that resort in Abaco but he acquired the then Government-owned and money-losing Balmoral Beach Hotel in Cable Beach.  He transformed the dog-eared property into the Royal Bahamian Balmoral Hotel Resort and Spa investing almost twice what he had undertaken to do.  He expanded the room count, restaurants and beach amenities including an exclusive off-shore beach experience on neighbouring Balmoral Island and he doubled the number of employees at the resort.

Later he expanded the Sandals branch to include his five-star resort on Fowl Cay in the Exumas and later still he acquired the troubled property operated by the Four Seasons chain of hotels at Emerald Bay, Exuma saving an important employment engine in the central Bahamas.

In all my years of contact with him, whether in office or out, he never over-promised and he always fulfilled his commitments.

He was an astute tourism businessman. I valued his views and advice on tourism in our region.

Butch was, in my estimation the preeminent Caribbean hotelier. His success in competing successfully with some of the largest international hotel brands is testimony to that achievement.

Still, some of my fondest memories of him include time spent over lazy meals at George Myers’ home and of days spent with him in Jamaica and on the waters of The Bahamas doing one of the things that I love best – fishing.

He was a good friend to The Bahamas and a reliable corporate citizen. I sometimes felt that we in The Bahamas held a special place in his heart.

I am honoured to have counted him among my friends.  He will be greatly missed.

I offer sincere condolences to all of Butch’s family, to all the employees and associates of Sandals Hotels in The Bahamas and throughout the Caribbean and to the nation of Jamaica which has lost a national hero.

May he Rest in Peace.