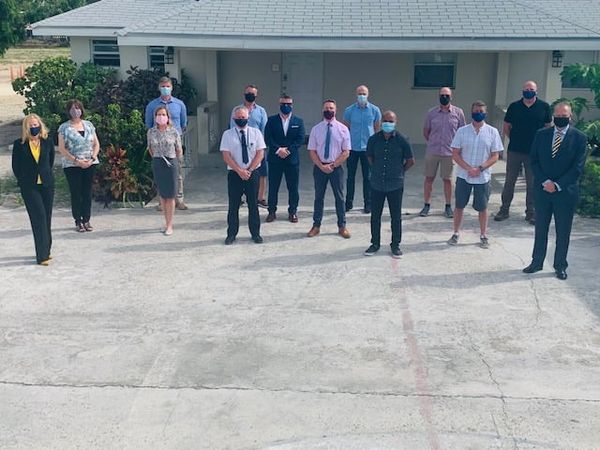 The officers who are trained in various specialty areas have commenced orientation to begin their new careers in supporting the Royal Turk and Caicos Islands Police Force in keeping our communities safe. As announced in March 2020, the additions include two Superintendents of Police from the United Kingdom; Ms Lisa Mitcheson, who will be leading Crime and Public Protection and Mr Martyn Ball will head Specialist Operations.

Amongst the new faces are eight trained firearms Police Constables which will strengthen the Tactical Unit. Four officers will provide analytical and technical support for crime-solving, while one local female special constable will join the Marine Branch Unit.

Speaking on the new additions, Commissioner Botting said, “I consider myself extremely fortunate to have been given the incredible opportunity to lead the Royal Turks and Caicos Islands Police Force despite many challenges we face. We have done incredible work building capacity; this year alone, we have had twenty new police constables returning from training in the Bahamas and Barbados. These new additions will contribute to the building of our capability and capacity as we do everything we can to combat serious crime and protect the borders of the TCI.”

Commissioner Botting added, “As Commissioner, I have always been a passionate advocate for the members of this organization, making sure they have the resources they need to do their jobs. This would not have been made possible without the support by the Turks and Caicos Islands Government and the United Kingdom Government who are jointly funding this project. For that, I am grateful. I believe the new officers will make a huge difference. I wish them the best of luck in their new careers as they work to serve the communities of the Turks and Caicos Islands.”

Meanwhile, local recruitment is currently underway and will be completed by the end of November. This new batch of 20 plus recruits, will attend the official Police Training School in April 2021.