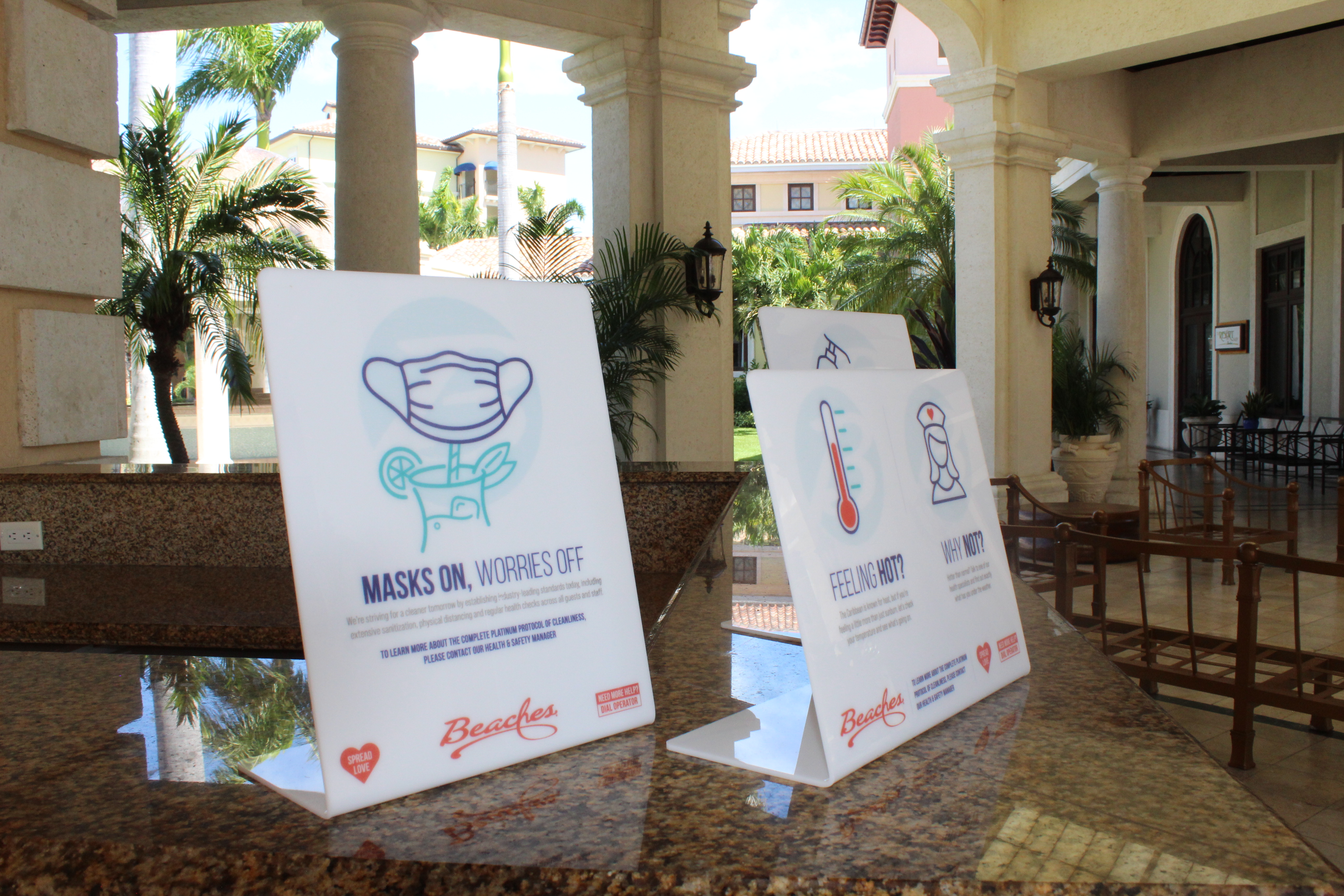 A mediator is selected and while the unnamed Queen’s Counsel attorney-at-law has said he can accommodate meetings from November 8, TCIG is unable to make the date.

November 18 is the day Beaches Turks and Caicos is scheduled to reopen.  Beaches Resort has announced that it will not reopen, however, until their matter is resolved.

The Premier – in speaking to media – asked Beaches Resort to stop bashing the Turks and Caicos Islands Government; Beaches in effect is saying ‘no’ to relenting on its robust language and unflattering characterisations of TCIG’s handling of the ongoing legal matter with the release on Saturday (Oct 24) of yet another strongly worded statement.

“Heartless, vindictive and incompetent is what the TCIG have proven themselves to be. Their eyes are blind and their ears are deaf to the extreme hardship and suffering of the citizens of the TCI,” said Beaches Resort Turks and Caicos, which added, “The TCIG advised that they are not available until November 18, 2020. Even after the mediation, Beaches understands that the matter will then need to go to the House and Cabinet for approval. The end does not appear to be in sight.”

It is a volley of high voltage remarks which is polorising the people of the Turks and Caicos who either find the lingering impasse, irritating or irrational.

Beaches Resort continues to point to government inaction as inexcusable and its Board refuses to reopen without the multi-million dollar tax  row being settled.  It is a reality which has caused negative economic ripples as other major resort employers remain closed, airline arrivals are jeopardized and the thousands who depend on tourism and the consumption, services and entertainment linked to it, are financially depressed.

“Beaches for four years has been waiting for the Government to resolve a very simple matter in a fair and equitable way. Beaches made themselves available for mediation the week of November 8. Given the seriousness of the matter, we would have thought that the TCIG would have made themselves available at the earliest opportunity – any responsible and caring government certainly would have.”

Some residents are cringing at the labelling and one comment circulated on WhatsApp captures the tone of those who believe Beaches Resort has gone too far.

[SIC]“Beaches benefitting more from us, than us from them.  They’ve exploited us wayyy too long bringing in their staff from JA.  Trust me another company ready to take yah place Beaches you get too demanding.  You’re too cocky.  Yu need us.  We don’t depend on you.  We are the most sought after you know that.”

But has the resort and investor overstepped its boundaries?

Those urging a resolve to the matter are dumbfounded at the lack of expediency on the part of Government given how much is at stake.

The Turks and Caicos Hotel and Tourism Association, on October 21 said this:   “The effects of this unfortunate situation have the potential to be far-reaching. At an extremely fragile time where all Caribbean countries are fighting for the rebounding of their tourism product, travel partner confidence is essential. Unfortunately, this can be quickly lost with our partners, with frustrations being felt by those working diligently to sell Turks and Caicos to a limited market, only to have to manage cancellations with no real answers to provide to travelers.”

The Turks and Caicos on October 1, officially entered a recession according to Premier and Finance Minister Sharlene Robinson.  It is also true that the Turks and Caicos, has been ranked #1 in the world – according to the World Travel & Tourism Council – for having lost the most earnings, percentage wise, as a result of the impact of the coronavirus pandemic on travel and tourism.

Given these unprecedented circumstances; the plummeting cash in the Public Purse and the insistence by the TCIG that Beaches Resort does indeed owe over $25 million in unpaid taxes, many had hoped for more immediate movement toward mediation.

Editorial: Resolve in Beaches case is Urgent and Important