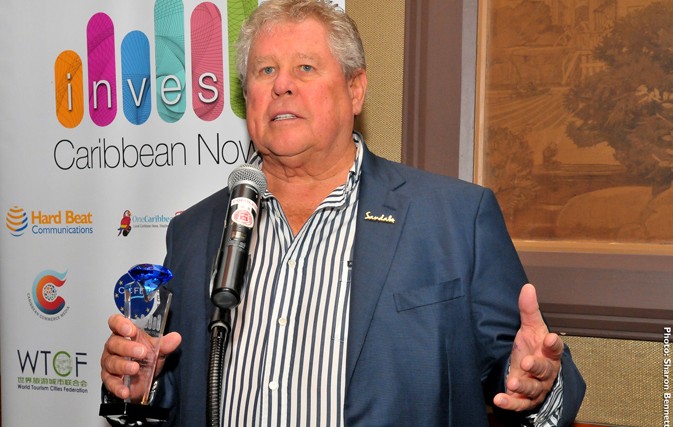 #Beaches, Turks and Caicos – PUBLIC STATEMENT – October 22, 2020 — We have noted the attempts to peddle disinformation  in certain quarters regarding the impasse between Beaches Resorts and the Government of the TCI.

Unfortunately for those peddling such political propaganda, and who think that a David and Goliath scenario provides political leverage, live in an outdated time and place.

2020 has caused immeasurable suffering and hardship and people have no time for political gimmicks.

The 2013 letter, which is being bandied about as a misconceived political tool did nothing more than confirm the basis on which the all-inclusive sector paid taxes since the 1990’s which was implemented under a PDM administration. In fact, we understand that there is at least one other resort which has a more favourable tax arrangement than Beaches.

Beaches wishes to make it perfectly clear that it has no political affiliations. Rather it is a partner with any and all duly elected governments, and  our only commitment is to work with Government to ensure that  the people of the TCI are able to once more see commercial activity return and be able to take care of their families sooner rather than later.

Since 1996, Beaches along with its amazing team members, and indeed the entire community, have worked night and day to build one of the most incredible resorts found on planet earth. We stand ready to work hand in hand with the people of the TCI, to re-open our doors and get back to business.

The world is looking on at what is happening between the island’s key investor, and those persons elected to take care of the people’s business and welfare, and the picture they are seeing right now is not a very pretty one.

We take note of the statement issued by the Turks and Caicos Hotel and Tourism Association, and their deep concern for the negative fallout the continued closure of Beaches has for the 13,000 employees of the sector and the overall economy of the TCI. Beaches can assure the Hotel and Tourism Association, the 13,000 employees of the sector, along with our 2000 team members and the wider community, that we will continue to do all we can to have this matter resolved in a fair and equitable manner. We seek nothing more.

We remain convinced that it is sheer incompetence by the TCIG that is the single reason why we are where we are today and what has compelled the Board of Directors to keep Beaches’ doors closed.  We are still doubtful that TCIG has arisen from its slumber and whether they care about the crushing economic impact being experienced by our team members, the business community and the citizens of the TCI.    The issues involved can be resolved in two days but only time will tell if the TCIG will treat this matter with the urgency it demands.