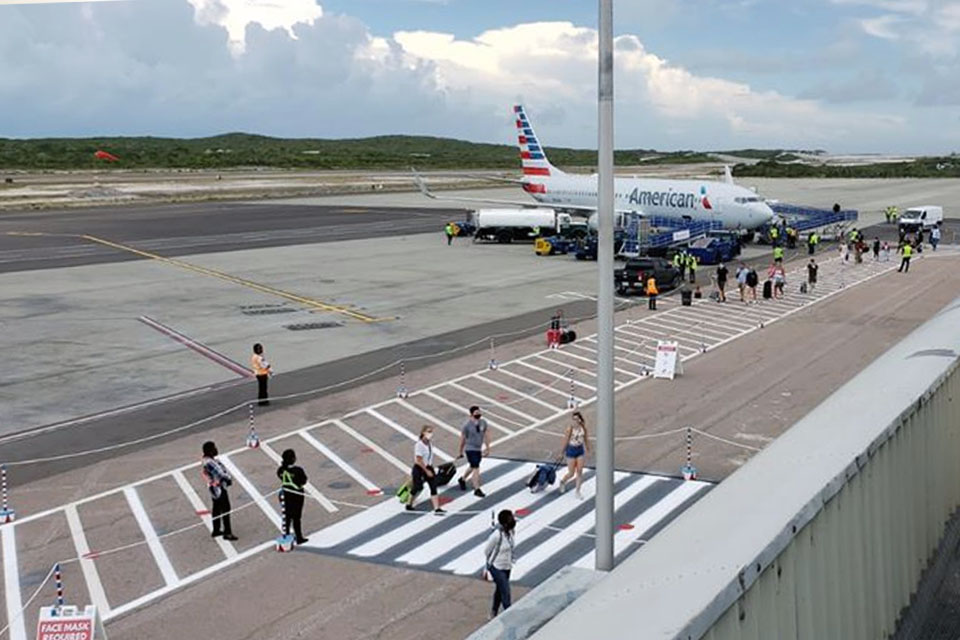 #Providenciales, Turks and Caicos – July 24, 2020 — The passengers on board that very first American Airlines flight from Miami, Florida on opening day – July 22 – are being asked to self monitor after two suspicious health declarations were flagged by the Public Health team.

A statement from the Ministry of Health explains the two people were swabbed, those swabs were tested and one test result returned a positive for the coronavirus.

There were 72 people onboard the flight on Wednesday and potentially, there could have been exposure of anyone of the 72 people to the virus.
It was not stated whether or not the suspected, bogus Covid 19 documents were presented by returning residents or tourists.

An investigation is now launched though, said the statement issued today, into how the two people managed to nearly fool officials who are charged with scrutinising entries through the TCI Assured portal.

The better news is the falsifications were indeed caught.

Already residents are demanding the full weight of the law be exacted upon the two who appear to have flagrantly breached public health safety measures.