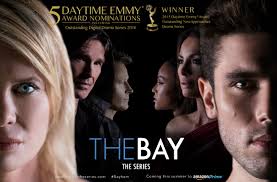 The Turks & Caicos Tourist Board partnered with LANY Entertainment to coordinate and host the filming in the islands which will serve as the backdrop of a pivotal plot point in the new season.

“The destination will benefit tremendously from the exposure of this feature as we take the Turks and Caicos Islands into the homes of The Bay’s viewers. While this will promote our idyllic destination to potential visitors, we will be simultaneously promoting Turks and Caicos as a premier filming destination for television and movie networks. We extend our profound thanks to our partners Wymara Resort and Villas and Ocean Club Resorts for co-sponsoring this project”, said Pamela Ewing, Director of Tourism.

The popular web series will feature two episodes filmed in the Turks and Caicos Islands when it returns for its fourth season this summer. The filming took place in October 2018 and the Tourist Board used the opportunity to showcase the unmatched beauty of North Caicos and Providenciales.

The Bay follows the affluent yet dysfunctional Bay City residents who face a series of dilemmas including forbidden love and never-ending scandals. The highly anticipated episodes will establish Turks and Caicos Islands as the birthplace of main character Pete Garrett when he visits the islands in search of answers regarding his and his twin brother’s mysterious birth.

The producers of The Bay have expressed interest in returning to the Turks and Caicos Islands to shoot.

The Bay is available for streaming on Amazon’s Prime Video. Watch the trailer for the upcoming season by clicking here.