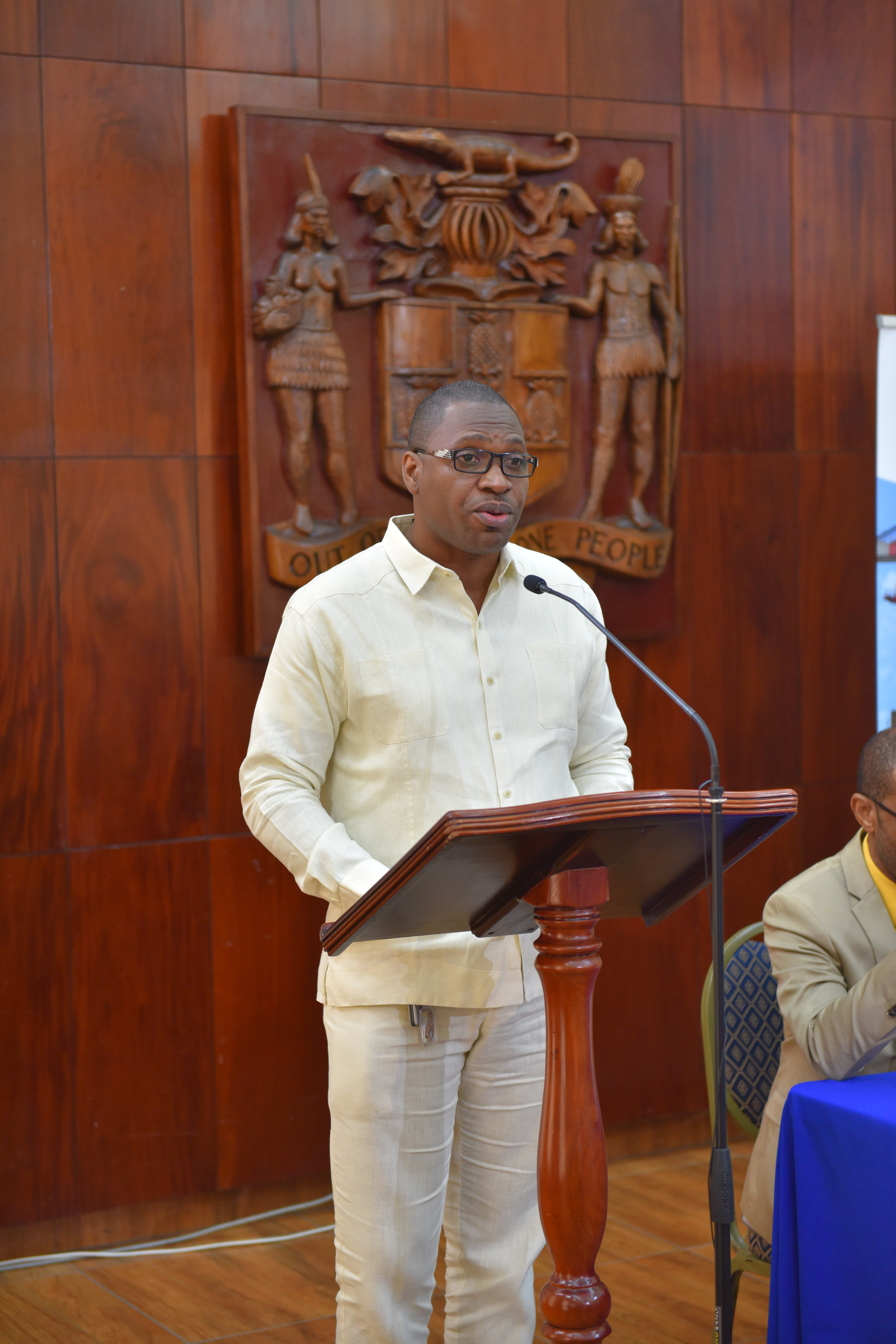 #KINGSTON, Feb. 26 (JIS):  Minister of Local Government and Community Development, Hon. Desmond McKenzie, has underscored the Ministry’s commitment to playing its part in drought mitigation across the island through the establishment of water shops, among other initiatives.

“The Ministry is proud to be part of this critical effort to respond to the national need for water with innovative policies and programmes,” he said in a speech read by Director of the Parochial Revenue Fund in the Ministry, Rupert Pryce, at a press conference held recently at Jamaica House.

“As part of the comprehensive approach by this Administration to this reality (of drought), the Ministry, in 2016, initiated a programme of establishing water shops consisting of a collection of high-capacity water tanks supported by administrative offices, to serve the needs of drought-affected communities across the island,” he noted.

The first water shop opened in Pennants, Clarendon, in 2017 and two others were established in Marlie Hill and Bellefield, Manchester thereafter.

Two facilities have been built in Top Hill and Retirement District in St. Elizabeth, with another two under construction, and in Portland, one water shop is being established in Commodore with another to be constructed in the parish this year.

Minister McKenzie said that together, these projects represent an investment of more than $100 million and the provision of more than 150,000 gallons of potable water every day to scores of communities.

He said that the Ministry is working to provide each municipal corporation with two water trucks to aid in their efforts to supply water in their jurisdictions.

In addition, $10 million will be allocated to the St Elizabeth Municipal Corporation to assist with the trucking of water, with each councillor receiving 10 water tanks, with capacity for 500 gallons each, to assist residents.

“Even as these efforts continue and are being expanded, it is nonetheless quite clear that a special initiative reflecting joined-up Government is needed to address our people’s need for water in what is projected to be a dry year,” Minister McKenzie said in his speech.

“The Ministry is pleased to be part of the committee that contributed to the creation of the drought management plan. We are ready to play our part in its implementation to secure the health, industry and prosperity of our citizens,” he added.